Water supply in Cuba seeks alternatives to US blockade 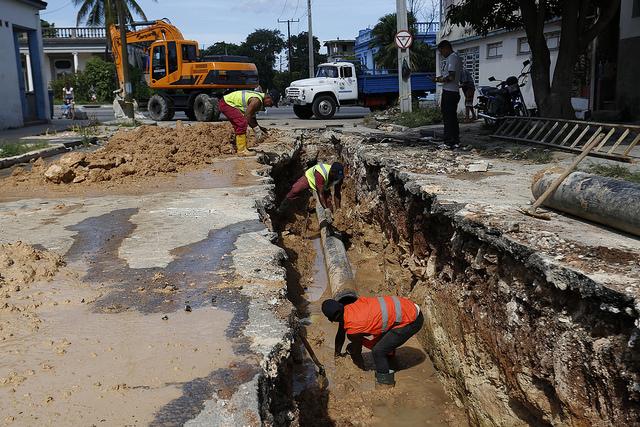 Water supply in Cuba seeks alternatives to US blockade

The general director of water, sanitation and drainage management, José Antonio Hernández, explained that the policy of the northern nation towards his country makes it difficult to acquire the parts and accessories necessary to fulfill its social mission.

He exemplified that in the last two years the entrance to the island of these resources is practically nil, while reports of around six thousand drinking water leaks accumulate, 50 percent of them in the capital.

Faced with this scenario, they work together with entities from the non-state sector to manufacture the necessary parts, currently in the testing phase, which would allow progress to be made in solving this problem at a time when the Caribbean nation is experiencing difficulties in supplying liquid due to drought.

The United States would be Cuba’s natural market to acquire technologies and raw materials for this sector, which represents a basic service to the population, but is inaccessible due to the restrictive measures promoted by the economic, commercial and financial blockade.

The refusal to sell to the island any product that contains more than 10 percent of US components is another aspect that hinders the purchase of parts and accessories, even in more distant markets, which also represent more expensive shipments.

The blockade persecutes suppliers in Europe and Asia, as it is a strategic and sensitive sector, said the general director.

Specialist William Gurry commented on the recent example, the purchase of essential parts for the repair of submersible pumps, which six months ago was agreed at 80,000 euros and now is around 157,000, in part due to the White House measures.

For these reasons, the group of companies works intensely on the repair of equipment through linkages with the national industry, in particular the military industry, which allows them to substitute the import of some parts.

Similarly, they develop studies with the country’s universities to find alternatives to import needs, particularly complex parts for hydraulic pumps that require a very specific composition of metals.

The US blockade costs Cuba more than five billion dollars a year, according to figures from the island’s foreign ministry.