World´s voices to condemn blockade against Cuba in media marathon 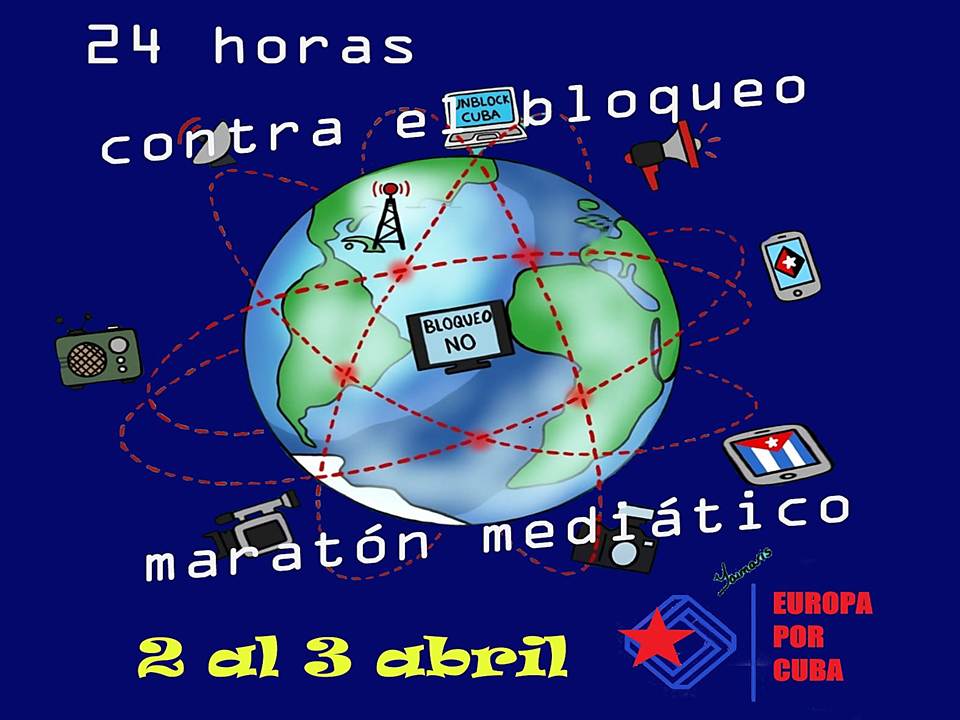 World´s voices to condemn blockade against Cuba in media marathon

The initiative, launched on January 23 from the Europa por Cuba channel, already involves dozens of voices willing to condemn the economic, commercial and financial blockade imposed on Cuba, in uninterrupted broadcasts that will take place for 24 hours from April 2 to 3 through traditional and alternative media, as well as through social networks.

We are pleased with the answer to the call in many countries, but there are still two weeks left in which we will add more participants, the channel and marathon´s coordinators, José Antonio Toledo, Haydeline Díaz and Patricia Pérez, commented to Prensa Latina.

In that sense, they said that the condemnation of the blockade and the demand for its end will be echoed by television and radio stations, the written press, influencers and programs on social networks, as well as solidarity associations, political parties and trade unions.

All those who have accepted the invitation to accompany Cuba in this struggle receive the same welcome, regardless of whether they are large or small, better known or lesser known organizations, the promoters stressed.

Regarding the details of the program, Toledo, Pérez and Díaz said that Europa por Cuba will broadcast 24 hours a day on its YouTube channel, with several guests who will explain what the blockade is, how it has been applied for more than six decades and what are its criminal consequences.

During the marathon on April 2 and 3, we will be making passes and link-ups with participating media, projecting videos and providing information on the aggressive US policy, they said.

The coordinators of Europa por Cuba pointed out that once the initiative has materialized, they will study its results to promote new projects to denounce and condemn the blockade, one of the main reasons that motivated the creation of the solidarity platform in October 2020.