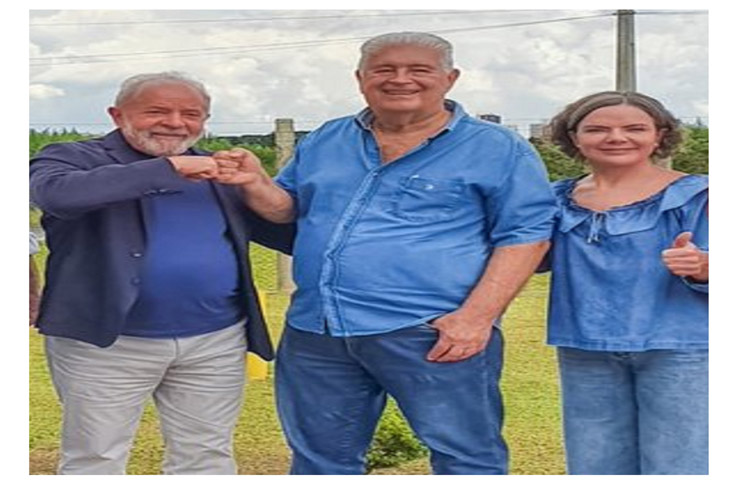 “The time for change has come! After talking a lot and listening a lot, I decided to walk with the Brazilian Socialist Party,” Alckim posted on a social network.

He considered that the moment demands political greatness, public spirit and unity.

He pointed out that “we will not leave anyone behind. Our work to help build a fairer country, prepared to face the challenges that arise, has only just begun.”

The politician also posted a banner quoting a phrase from former Pernambuco Governor Eduardo Campos, of the PSB, who died in a plane crash during the 2014 election campaign: “We are not going to give up, Brazil.”

The expectation now is the officialization of the Lula-Alckmin list to dispute the presidency in the elections scheduled for October 2.

Regarding the investigation by the Federal Police (PF) in which his name was mentioned and was the subject of press articles, he clarified that it was archived by the judge of the first electoral zone of Sao Paulo.

According to the newspaper Valor Economico, the court of first instance kept the investigation of the PF on March 10.

The Brasil de Fato portal details that in December the former governor left the PSDB, in which he built his political career and to which he had belonged for 33 years.

Since then, his rapprochement with Lula has been discussed by both sides. The two met on several occasions and even made a joint public appearance.

Last year, the site showed that he was one of the favorites to be vice president of the former president. At the time, the report presented names that were treated as alternatives, such as that of the governor of Maranhão, Flavio Dino.

Brasil de Fato assures that with the confirmation of Alckmin’s transfer to the PSB, the possibility of a change in the election of the vice president of the insurance standard-bearer of the Workers’ Party (PT) in the October voting is becoming more and more remote.

The founder of the PT will officially announce his presidential candidacy in April, confirmed sources close to the political organization.