Bolivia calls for unity against destabilization 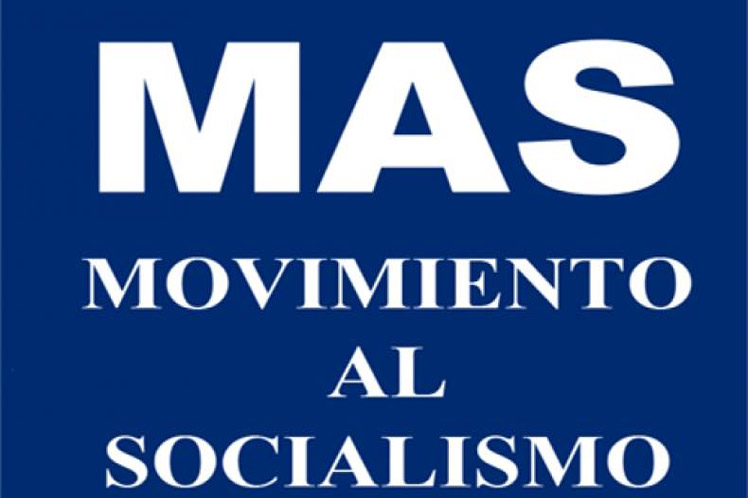 Bolivia calls for unity against destabilization

“Unity, unity and more unity, is the guarantee of continuity and the achievement of strategic achievements of our Democratic and Cultural Revolution”, assures the official statement circulated to the media.

According to the text, “the right, not having an alternative project to offer our country, lives off its antimassivism” and feeds on internal contradictions.

In this sense, the document calls to assume a patriotic and revolutionary position to “take care of unity as the most precious thing for the people.”

The letter adds that the social organizations members of the Pact of Unity, the Central Obrera Boliviana, the various popular formations, the left-wing forces and the entire leadership and militancy of the MAS-Political Instrument for Sovereignty must “work tirelessly” in this direction for the People.

The text concludes with an exhortation to repay “with unity, political maturity and historical responsibility, the sacrifice of those who, with their blood, recovered democracy of the people and for the people.”

This Sunday, former president Evo Morales and MAS senator Leonardo Loza argued on Radio Kawsachun Coca that within this political movement there is no division, but betrayal.

“From the first moment there was always betrayal, it can take a long time to remember (what happened, for example, with) Alejo (Véliz), Román (Loayza) or Lino (Villca); one thing is division and another thing is treason,” said the leader of the MAS in its Sunday program broadcast by the radio station.

Morales admitted that apostates will always exist and for this reason he insisted on “never giving up on the ideological position inherited from ancestors who fought since colonial and republican times.

Loza, meanwhile, stressed that in the ideological-political struggle there was never a shortage of those who sold out to their own oppressors.

Based on this premise, he added he is not surprised that some “useful on the right today speak ill of Evo, speak ill of the Tropic and invent speeches to try to fragment us.”

The Ethics Court of the MAS reported last Wednesday the expulsion and loss of the seat of the substitute deputy for Santa Cruz Rolando Américo Enríquez Cuellar, who denied the scaffolding of the majority party in the Legislative Assembly and asked to change its leadership.

Likewise, the Trade Union Confederation of Intercultural Women of Bolivia in Cochabamba excluded from its ranks the executive of the organization, Angélica Ponce, accused of defaming Evo Morales and inciting division by trying to create a structure parallel to that social movement.