Government of Spain recriminated for change in attitude 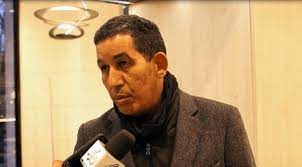 Government of Spain recriminated for change in attitude

During the conversation with RNE, the Polisario representative took advantage of the occasion to applaud Algeria, “for its opposition and seriousness”, in contrast to the “lukewarmness and ambiguity” of Spain.

“Algeria is a serious country with international relations,” said Arabi, who did not hesitate to describe Spain as lacking in perspective and “submitting to blackmail” from Morocco regarding immigration, and thus forgetting “the real solution to the conflict in the Sahara, which is the holding of a self-determination referendum”. The Polisario representative did not miss an opportunity to state that Spain’s change of position does not take into account the current energy crisis resulting from the Russian military operation in Ukraine, and the role of Algeria as a key exporter of gas.

Thanks to Algeria’s gas, so far Spain is one of the few European countries that has not suffered in this area. Something that worries the Spanish, because Algiers “(…) is defending itself, and has shown it, the option of the independence of the Sahara as an unconditional ally of the Polisario Front,” Arabi said.

He considered that Spain’s ambivalence over time with the issue of Western Sahara has now taken a clear albeit disappointing course by siding with Morocco, “the aggressor, forgetting the historical solidarity shared by the Spanish and Saharawi peoples for more than 40 years.”

On Saturday, the Minister of the Presidency, Felix Bolaños, said that supporting Morocco’s autonomy plan for this former Spanish colony could open a stable relationship between the two countries, while allowing Rabat to fulfill its commitment to fight irregular immigration.