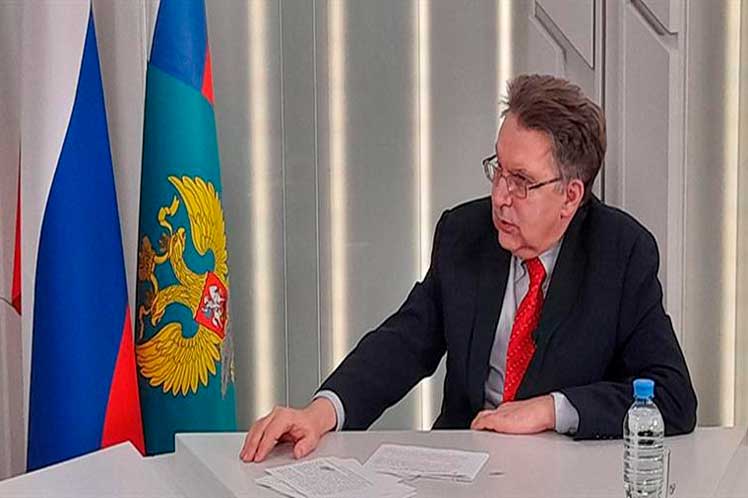 Moscow, Mar 22 (Prensa Latina) Cuba's experience inspires us, the director of the Latin America Department at the Russian Ministry of Foreign Affairs, Alexandr Schetinin, said on Tuesday, in reference to the Caribbean island's resistance against the United States blockade. Interviewed by the Prensa Latina news agency and the Telesur channel, the senior official stressed that Cuba's example, its resistance, shows how hypocritical and conjunctural the foreign policy of the West is.

He warned that there is a group of countries that intends to build the world according to their rules, in addition to making international affairs hostage of their domestic political considerations and the interests of a conservative and aggressive lobby.

According to Schetinin, the actions by the West reflect the impossibility of convincing that its policy is fair and that it is not isolated from the international community.

We are very sorry that what was considered a redoubt of the Cold War has become a practice of today’s US politicians, he said.

Schetinin pointed out that, apparently, it is difficult for Washington to think in terms other than sanctions, unilateral restrictions and illegitimate pressure with respect to the States that aspire to an independent and autonomous policy.

He assured that for this reason Moscow will consolidate its strategic association with Cuba in the international arena, in the promotion of economic and commercial cooperation, in humanitarian assistance and in the strengthening of ties between the two peoples.

“And of course, our resounding, categorical condemnation of the economic, commercial and financial blockade against Cuba will be invariable at the United Nations tribune,” the representative of the Russian Foreign Ministry stressed.