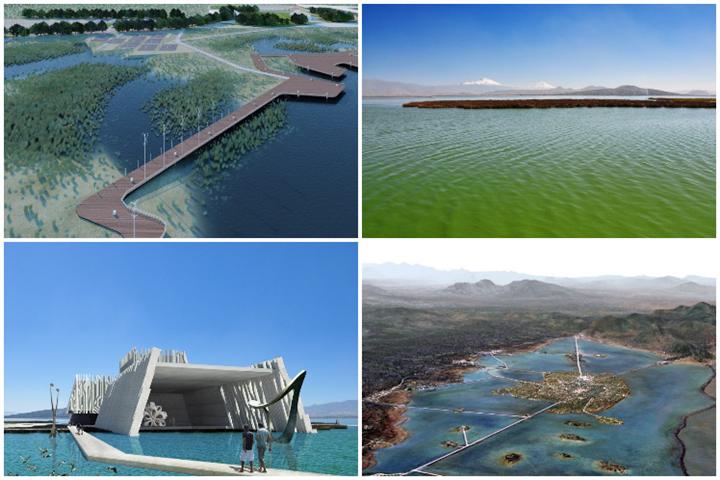 In his morning press conference, the president dedicated the most time to explaining the ecological project, which is 24 percent advanced, precisely in the place where the new Mexico City airport was being built, which was closed and transferred to Santa Lucía, where yesterday was inaugurated.

The causes for paralyzing these works were several, among them the very high cost and very long construction time, together with environmental, cultural and security problems since the entire ecological park with its history was eliminated, including the lake, and there would be no minimum security because it is a wetland, without surface, that is frequently flooded and with land that yields a lot.

The president said the decree is already in the Official Gazette of the Federation and as soon as it is published it becomes law and enters into force.

Now that concrete jungle that was going to be built eliminating that natural paradise, becomes the largest natural park in the world for people to enjoy.

The works are expected to be completed in 2023 and this space will be open to the public in 2024. It will have a central garden, multipurpose courts, a ball game area, a basketball and soccer field, as well as a baseball field and an area for skating, among others.

The person in charge of the project, Iñaki Echeverría, explained the work in detail and recalled that Texcoco was the cultural capital of the Nahua world, an incredible city, which, being heir to the Toltec culture, took such good care of its population that it had no comparison in the pre-Hispanic world.

Acolmiztli-Nezahualcóyotl, the Poet King, was its most illustrious ruler. He was crowned in 1431 and two years later, with the support and alliance of the Mexico-Tenochtitlan empire, he established himself definitely in Texcoco. All that history is now recovered for the knowledge and enjoyment of nationals and foreigners.

The lake area hardest hit by the advance of modernity and that the city misses the most is the mythical Lake Texcoco, witness to the birth of the Aztec empire and that embraced the development of the great Tenochtitlán, he recalled.

This space, located on the edge of the Mexico City metropolitan area, can today be reclaimed as a new ecology that incorporates nature, culture, and infrastructure: a Cultural Ecology, he said.