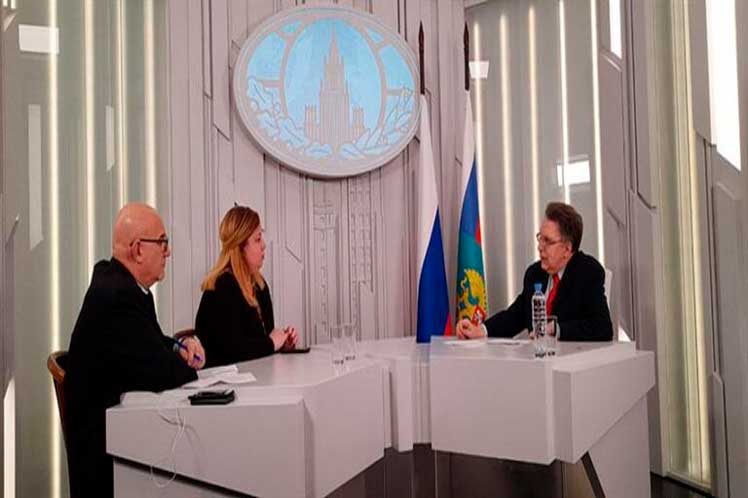 “Latin Americans are our good friends; it is an assertion of principle that does not depend on the changing context of the international situation,” said the senior Russian official when interviewed in this capital by the Prensa Latina news agency and the Telesur channel.

Regarding the state of ties with that region, he explained that Moscow does not intend to impose its criteria and schemes on any of the Latin American countries; nor, he said, put them before the need to choose who to be with.

We aspire to build our relations on a pragmatic basis of economic complementarity and the need to diversify cooperation, said the representative of the Russian Foreign Ministry.

He indicated that Moscow is ready to develop political, economic, community and cultural ties with Latin America to the extent that its countries are willing to do so with Russia.

Regarding the strengthening of exchanges with Venezuela, Nicaragua and Cuba, Schetinin said that in these times, which are not easy, these nations once again demonstrated they are true strategic partners that understand, support each other, and on that basis they are ready to build pragmatic and active cooperation links.

For us, these countries constitute an unwavering example of courage in the face of the pressure of foreign sanctions, he stressed.

In this sense, he gave the example of Cuba and its confrontation for more than 60 years with the US economic, financial and commercial blockade that “has not been able to break the spirit of that noble people.”

The head of the Latin American department of the Russian Foreign Ministry assured his country will face the over six thousand sanctions from the West and will advance in all sectors.

“Of course, there are new realities, we need to adjust our cooperation to the new world realities, but we are sure that on this basis we will be more independent, stronger and more active in cooperation,” he stressed.