Angola celebrates Day of the Liberation of southern Africa 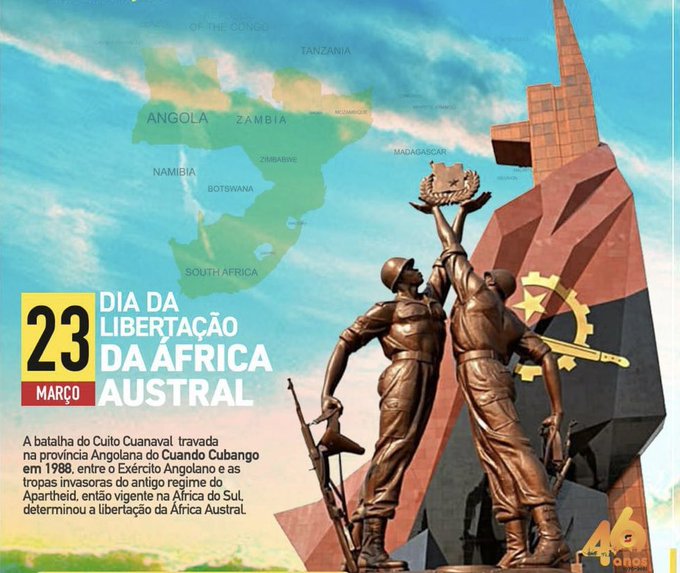 Angola celebrates Day of the Liberation of southern Africa

The Battle of Cuito Cuanavale, which lasted from November 15th, 1987 until March 23rd, 1988, was the largest and longest military conflict in Angola and Africa after World War II, said the Minister of National Defense and Veterans of the Homeland, João Ernesto dos Santos.

The victory achieved over the racist South African army paved the way for the process of dismantling apartheid and the independence of Namibia, said the leader, who praised the heroism of the troops that defended Angolan soil in the municipality, in the southeast of the country.

He valued the role of the Popular Armed Forces for the Liberation of Angola, with the support of the Armed Forces of Cuba, in the defeat of the South African invaders and the UNITA (National Union for the Total Independence of Angola).

Any war causes loss of human life and destroys infrastructure that cost the public treasury many resources, but the defense of principles and values, such as sovereignty and national interests, are not negotiable, he stated.

The Battle of Cuito Cuanavale was “of life or death” because it made it possible to stop the advance of the apartheid forces, determined to strengthen their power in southern Africa, said Dos Santos, whose speech was broadcast live on public television.

According to him, the victory made possible the signing of the New York Agreements in December 1988, which led to the implementation of resolution 435/78 of the United Nations Security Council, the withdrawal of foreign military forces from Angola, the liberation of Nelson Mandela and the independence of Namibia.