Cuban drug against Alzheimer’s disease gives hope to the world 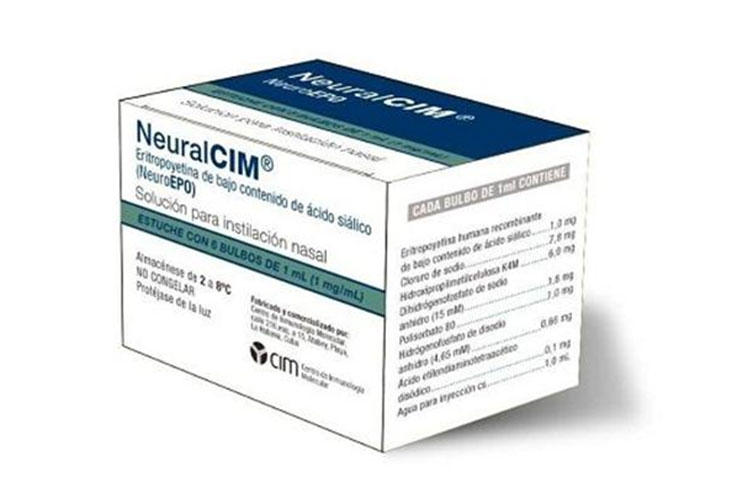 Cuban drug against Alzheimer’s disease gives hope to the world

Havana, Mar 23 (Prensa Latina) The neuroprotective drug NeuralCIM, which is administered nasally, gives patients with Alzheimer's disease in Cuba and other latitudes hope from science.

The phase II and III of clinical trials carried out with NeuralCIM for 48 weeks showed that it is safe and well tolerated, without serious adverse events, the project manager, Dr. Teresita Rodriguez, noted.

Most patients, Rodriguez pointed out, showed a reduction in the advance of cognitive deterioration and improvement of secondary variables.

Two clinical trials are now planned: one in Havana (comparative) and another one in the rest of the provinces in phase IV. In all cases, the participants will receive medication for Alzheimer’s, said Rodriguez, who was quoted by the Scientific Observatory.

Of the total number of patients in the comparative study, some will be treated with NeuralCIM, while the control group will be given an international standard drug, the expert clarified.

The specific sites for these trials will be chosen at a meeting with specialists from the Cuban Ministry of Public Health.

In principle, they will include a limited number of patients, but the idea is to gradually increase the number, the specialist commented.

Before starting the studies, the team that develops the drug will present a protocol for its evaluation by the Center for the State Control of Medicines, Equipment and Medical Devices.

Regarding the eligibility criteria, Dr. Rodriguez explained that patients with mild and moderate Alzheimer’s will be present (symptoms of memory impairment, concentration difficulties and problems completing daily tasks, confusion about places and the passage of time, among others). People with symptoms similar to Alzheimer’s and who wish to participate in the study are also included, and must go to the previously announced trial sites for evaluation by health professionals.

Those who present inclusion criteria will participate in the trials, according to the expected number of patients, and when they start in it they will receive the corresponding treatment.

The expected result will be more information on efficacy and safety, said the project manager.

According to medical literature, Alzheimer’s is a progressive mental illness characterized by a degeneration of nerve cells in the brain.

In addition to a decrease in brain mass and the basic manifestations are memory loss, temporal and spatial disorientation and intellectual and personal deterioration.

Arimao Project, another step towards computerization in Cuba

Musicians from Cuba and Mexico to give joint concert

Arimao Project, another step towards computerization in Cuba

Musicians from Cuba and Mexico to give joint concert