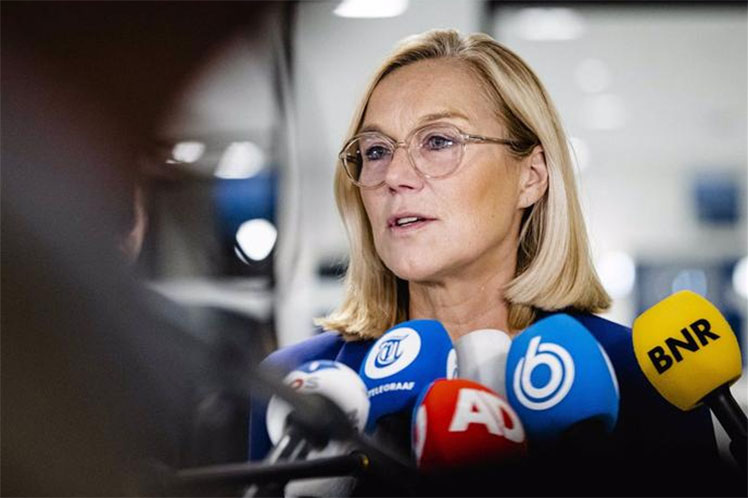 “The total amount of the frozen goods is 391 million 944 thousand 31 euros,” said the Minister in a letter addressed to the Dutch Parliament, according to the local newspaper Trouw.

On February 24, Russian President Vladimir Putin announced the launch of a “special military operation” in Ukraine, with the aim of demilitarizing and denazifying that territory.

After that date, the EU, its Western allies and even the supposedly neutral countries of Switzerland and Sweden approved a group of sanctions expressly aimed at “destabilizing the Russian economy.”

Regarding the paralysis of assets, Kaag said 379,886 euros are from pension funds and another 3.9 million to Russian investments.

However, she has stressed that figures will increase due to the new set of sanctions from the European Union, approved by the Netherlands.

For the first time, sanctions include a partial disconnection of Russia from the Swift interbank system, immobilization of the international reserves of its Central Bank and, in the case of countries such as the United States and the United Kingdom, the embargo on the import of Russian oil.

On Monday, the EU foreign and defense ministers met to discuss the imposition of new sanctions on Moscow, including the possibility of introducing an oil embargo.

However, the bloc’s countries claimed to be largely dependent on Russian natural gas, so the sanctions are not intended to position themselves against that resource.