Diaz-Canel condemned US hostility against Cuba 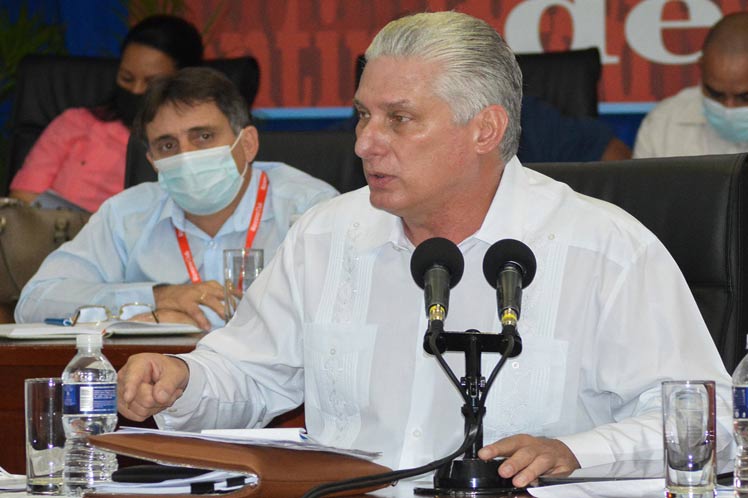 Diaz-Canel condemned US hostility against Cuba

The also head of state referred to the smear campaigns promoted by the empire, when he intervened in the balance assembly of the PCC of this western province, as a continuation of the VIII Congress held in 2021.

Díaz-Canel considered it necessary to link the non-state sector with local development strategies, as they are related to the interests of the country and in that, he said, the Party plays a fundamental role.

“It is important that we meditate how the Party ensures all processes,” said the president, who called for the application of science, innovation to solve problems, and for a greater relationship between the productive branch and the academy.

Matanzas has experience and potential, and I have no doubt that it will materialize that desire to be one of the most productive provinces in the country, he stressed.

And he added: “you have the potential in human, natural and productive resources to achieve a more prosperous and sustainable socialism.”

The 285 participants, including delegates from the 13 municipalities and guests, analyzed issues of the internal life of the organization, work projections, and others related to agricultural and industrial production, tourism and services.

Susely Morfa was elected as the first partisan secretary in Matanzas territory, while the work carried out in that responsibility by Liván Izquierdo was recognized.

This is the fifth provincial assembly of the PCC held in the nation since the process began last March 11, and previously those in Pinar del Río and Artemisa (west), and Villa Clara and Cienfuegos (center) were held.