US plan against Cuba remembered in Russia (+ Photos) 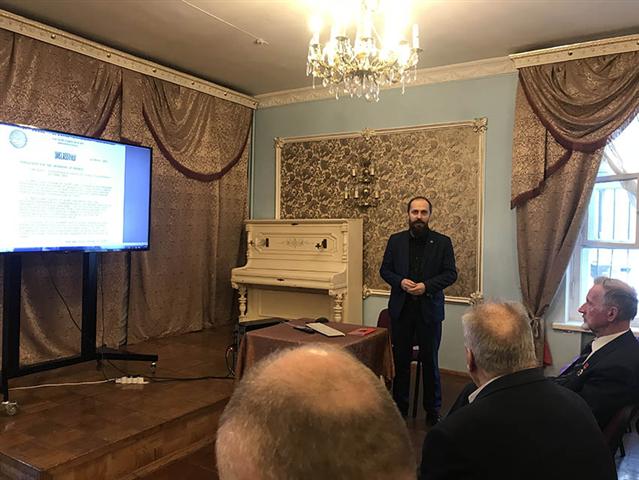 US plan against Cuba remembered in Russia (+ Photos)

The debate was also sponsored by the Russian Society of Friendship with Cuba and took place at the Central House of Scientists, belonging to the Academy of Sciences of this nation. 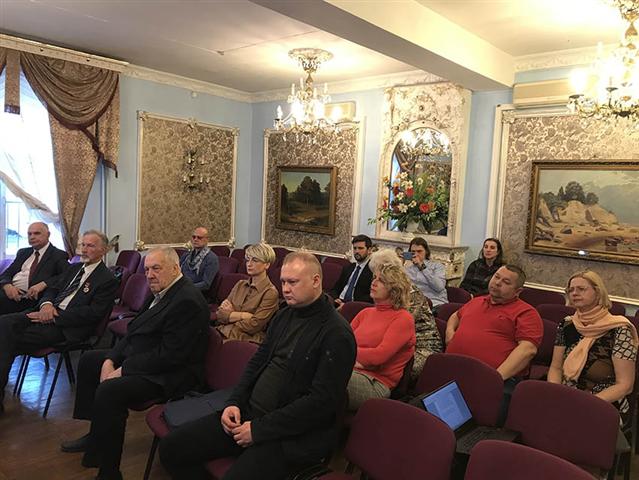 At the opening of the event, the president of the Foundation’s board, Leonid Savin, recalled details of the operation that had planned to carry out terrorist attacks against the United States, allegedly organized by the Cuban authorities.

Northwoods’ unsuccessful intention was to prepare the US public opinion with such events that would justify Washington’s military intervention in Cuba, he said.

The Russian scholar advocated the study of documents that are available and in the public domain, as the US government remains committed to the strategic culture that developed in the 19th century.

“This is, first of all, the conviction about God’s choice that only Americans should bring democracy to other peoples, and under this pretext they can do anything, even kill their own citizens,” Savin explained.

Those present were shown a document entitled Memorandum for the Secretary of Defense, dated March 13, 1962, declassified in 1997 (https://nsarchive2.gwu.edu/news/20010430/northwoods.pdf), which justified the attack on Cuba. 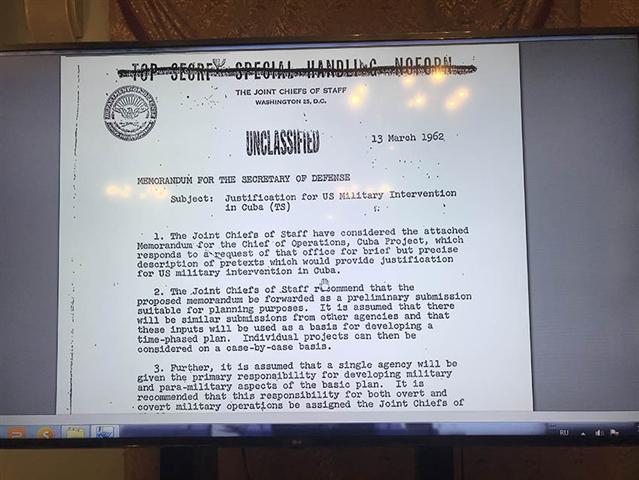 According to the Russian researcher, the plan was supposed to be part of Operation Mongoose to overthrow the Cuban government. The Memorandum was developed by the US Joint Chiefs of Staff, however most of the country’s top military chiefs were not aware of its contents.

He explained that the text evidences the strategy designed to have pretexts that would endorse a US aggression against Cuba, among them an alleged attack against the Guantanamo naval base, in the eastern end of the Caribbean nation, illegally occupied by that country.

Based on the alleged actions of Cuban forces, the White House would respond by destroying artillery and mortar sites that threatened the base and would begin large-scale military operations against the island.

The plan also called for attacks on other neighboring countries, including the US nation itself; and the dramatization of the downing of a US airliner with the supposed funeral of the victims.

The Russian political scientist drew attention to the fact that, although the president, John F. Kennedy, rejected Operation Northwoods, plans for “operations under false flag” were and continue to be implemented by the United States against other countries and are currently being applied in Ukraine.