Cruise ships targeted by US blockade of Cuba 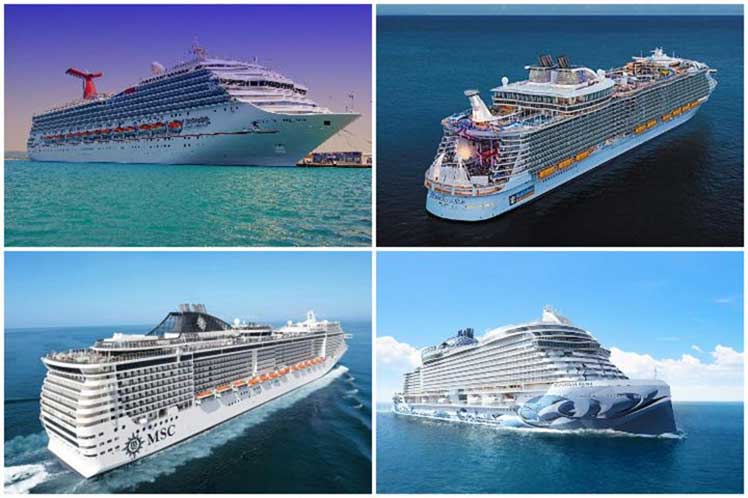 Cruise ships targeted by US blockade of Cuba

On Monday, a federal judge in Miami ruled against Carnival, Norwegian, Royal Caribbean and MSC cruise lines that, according to her statement, carried out tourist operations to Cuba, prohibited by US law between 2015-2019.

In her sentence, Judge Beth Bloom affirmed that, although the federal government gave those companies licenses to take nationals to Cuba, they were not allowed to use them for tourism.

In addition, she demanded to compensate the descendants of an American businessman for using a terminal in Havana that “was confiscated after the Cuban Revolution for trips made outside the categories permitted by law.”

Tourism is one of the sectors most affected by the unilateral siege imposed by Washington for more than six decades in its strategy of economic suffocation on the island.

Such a policy intensified during the term of Republican Donald Trump (2017-2021), who adopted 243 coercive measures still in force with Joe Biden.

Between May and June 2019, Trump activated Title III of the Helms-Burton Act (enacted in 1996 by Democrat William Clinton) that reinforces the extraterritorial nature of the economic, commercial and financial blockade and announced restrictions that caused the elimination of Cuba from stopovers for cruise ships.

The activation of that Title would allow Americans to sue almost any company that -in Washington’s opinion- carried out commercial activities or benefited from properties confiscated by the Cuban Government.

In response, on December 24, 1996, the Antillean nation enacted Law No. 80, Law for the Reaffirmation of Cuban Dignity and Sovereignty, which declared Helms-Burton illegal, inapplicable and without any legal effect.

Based on the principles of Law No. 80, Cuban authorities warned that no foreign law will prevent the use for the benefit of its people of the properties that were nationalized at the time through ordinances that were in full compliance with the norms of international law.

Only between April 2019 and March 2020, this persecution caused losses to Cuba amounting to 1,888,386,675 dollars, in spheres related to travel, services, operations and logistical assurances, according to official figures.