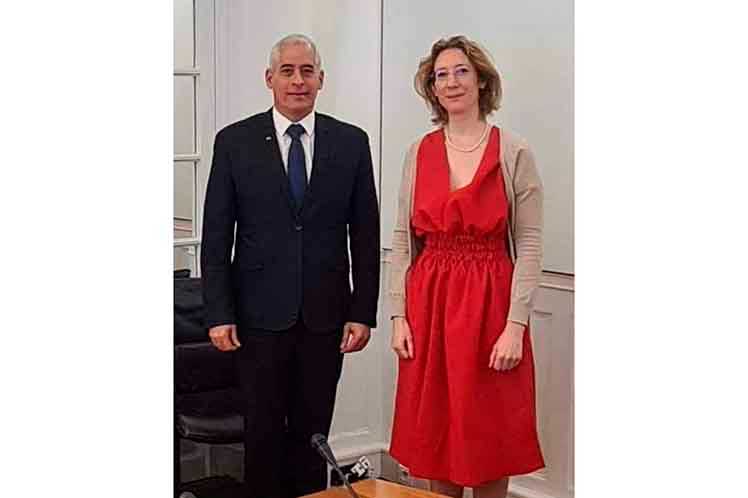 Peñalver described as positive the exchange of criteria with the official and pointed out that the parties noted the good development of ties.

The first deputy minister had already spoken in this capital with Walid Fouque, diplomatic advisor of President Emmanuel Macron for Latin America and the Caribbean.

The day before, he co-chaired with the secretary general of the Ministry for Europe and Foreign Affairs, François Delattre, a new session of the inter-chancellery political consultations, in which they discussed the progress of Paris-Havana relations.

In declarations to Prensa Latina, Peñalver considered the meeting positive, as it allowed to deal with a wide range of sectors of the ties, such as economic-commercial and development cooperation, investments, tourism, science, education and culture.

The possibility of materializing triangular collaboration to help other countries in the area of health was also mentioned, and relations in the multilateral sphere were discussed.

The first deputy minister pointed out that during the political consultations, he acknowledged France’s position of rejecting the economic, commercial and financial blockade imposed by the United States on Cuba and its extraterritorial nature, which affects French companies, banks and citizens.

French and Cuban participants in these exchanges of opinions ratified their support for the Revolution and their condemnation of the US blockade and the attempts to subvert the order and tranquility prevailing in Cuba.