Cuban President calls for creative resistance in favor of Revolution 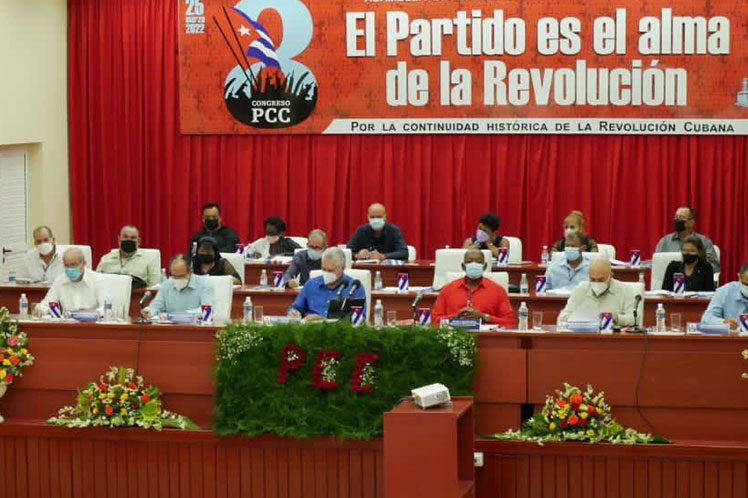 Cuban President calls for creative resistance in favor of Revolution

During a speech at the PCC provincial assembly in Ciego de Ávila, the president put the national situation in context, based on the intensification of the United States hostile policy, which includes pressure on countries that maintain relations with Cuba.

“We must continue defending the Party’s connection with the base, the first thing to plan is to share with the people,” Diaz-Canel insisted, before the 150 Avilanian delegates to the partisan meeting.

The first secretary of the PCC and head of state presided here this Friday the balance assembly of the party organization of the province of Ciego de Ávila, which was the sixth territorial meeting of the Party that takes place in the country, also attended by members of the Political Bureau, the secretary and other leaders.

Meanwhile, the organization secretary of the PCC, Roberto Morales, pointed out that nothing is foreign to the Party and he called, through exemplary action, to transform the problems that today lacerate social development into action; the nuclei cannot be disconnected from the current problems of Cuban society, he said.

In order to strengthen the internal life of the organization, he emphasized, we must perfect the work of the media, which does not always depend on themselves, but also on the administrative heads that limit immediacy, we must do professional journalism, with research and applying science,” he reflected.

He added that the two great challenges emanating from the 8th Congress are the ideological and the economic battles, that is why the best political-ideological job is to do things well.

Liván Izquierdo was elected as first secretary of the Party in Ciego de Ávila, while the work carried out in that responsibility by Carlos Luis Garrido was recognized.