House of the Caribbean in Cuba will celebrate its 40th Anniversary 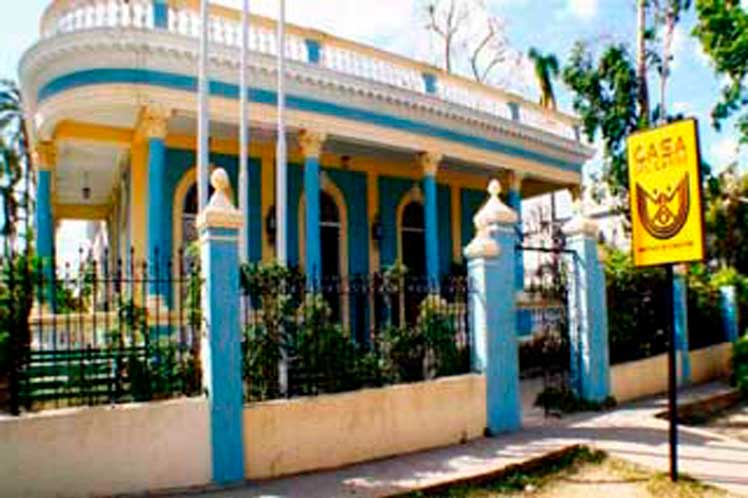 House of the Caribbean in Cuba will celebrate its 40th Anniversary

It is enough to walk the corner of streets 13 and 8 of the Vista Alegre neighborhood, in this city, to appreciate the hustle and bustle that will return the splendour to the old building where the cultural entity has been based since its inception and, therefore, the organizing committee of the International Caribbean Festival.

A kind of sanctuary of traditional popular culture, axis of the work of this group of workers, specialists and researchers, the House hosted in the area dedicated to popular religions, part of the complex, the Colloquium will honor its founder, Joel James.

Next June will be the celebration of the four decades, at the same time when the new edition of the Fiesta del Fuego is being prepared, an event with a low profile in the last two years due to the need to carry it out mostly virtually, as a result of the Covid-19.

However, certain face-to-face activities were maintained, mainly the climax with the Burning of the Devil in the community of Barrancas, in the municipality of Palma Soriano, with a strong imprint of Haitian culture.

The institution also joined in the remembrance of actor Rogelio Meneses, whose legacy was highlighted during the 21st Mahogany Mask Theater Festival, in which looks are dedicated to the Relations Theater, a deep-seated manifestation decades ago in this city.

The contingencies derived from the pandemic broke the uninterrupted continuity of the Festival, which since 1981, a year before the House was founded, began its effort of cultural resistance in the face of natural phenomena, political instability and other vicissitudes.