Kiev prepared offensive on Donbass ahead of Russian operation 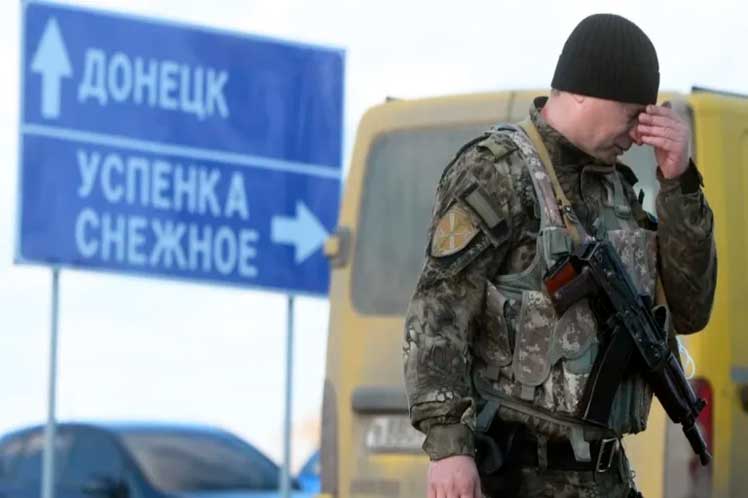 Kiev prepared offensive on Donbass ahead of Russian operation

He explained the text is addressed to the heads of the Kiev North, Odessa South and West Territorial Directorates of the National Guard of Ukraine.

“The order describes in detail the plan to prepare one of the strike groups for offensive actions in the area of ​​​​the so-called operation of the combined forces in Donbass,” the senior Russian military chief expanded.

According to the document, all coordination actions of the nationalists were to be completed by February 28, in order to start combat missions as part of the operation of the Ukrainian combined forces in the Donbass region in March.

Konashenkov recalled that since the first week of February, the Ukrainian troops multiplied the bombardment in that region with large-caliber artillery weapons, banned by the Minsk agreements and the United Nations Security Council resolution.

Russia began a special military operation in Ukraine on February 24, after the authorities of the self-proclaimed people’s republics of Donetsk and Lugansk, in Donbass, requested help to repel the increase in aggression from Kiev.

Two days before, Moscow recognized the independence and sovereignty of both territories and signed treaties of friendship, cooperation and mutual assistance with their leaders, which included the establishment of diplomatic relations and military aid.

In a speech to inform about the start of the operation, President Vladimir Putin stated that the objective is to protect the population of Donbass from the abuses and genocide Kiev had carried on during the last eight years, in addition to “demilitarizing” and “denazifying ” Ukraine.