Ukraine has lost over 14,000 soldiers according to Russia 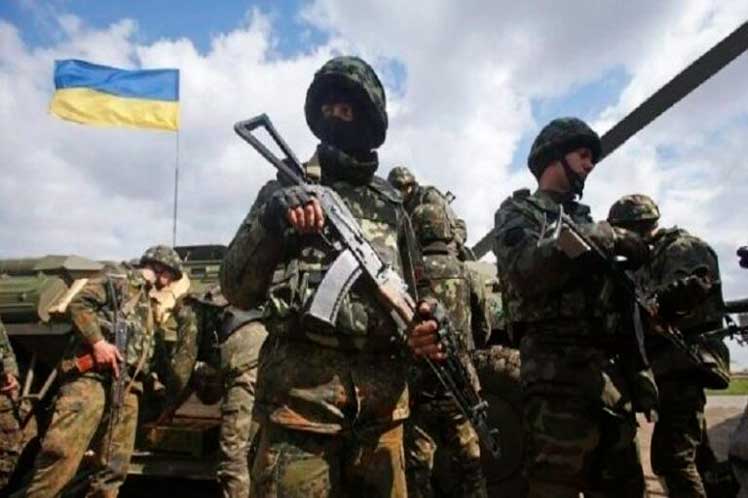 Ukraine has lost over 14,000 soldiers according to Russia

At a press conference on Friday, he said that since the launch of Russia’s special military operation on Feb.24 some 16,000 Ukrainian soldiers have been injured, Sputnik news agency reported.

According to this senior military chief, at the beginning of hostilities, the Armed Forces of Ukraine, together with the National Guard, had 260,200 soldiers.

He warned that the losses are being offset by reservists, mobilized people and members of the territorial defense troops that do not have the necessary military training, which increases the risk of suffering great losses.

Rudskoi stressed that foreign mercenaries in Ukraine will be destroyed without mercy and urged Ukrainian soldiers to lay down their weapons and withdraw to their points of permanent deployment to prevent unnecessary victims.

In addition, he said that, at first, the General Staff of the Armed Forces of Russia did not intend to attack Ukrainian cities to prevent destruction and minimize deaths of civilians, but he clarified that possibility has not been ruled out.

He assured that as the Russian units complete the tasks set, their forces and means will be concentrated on the total liberation of the Donbass region.

Rudskoi, who is also the head of the Operations Department of Russia’s General Staff, said that Russian forces have blocked the cities of Kiev, Jarkov, Chernigov, Sumy and Nikolaev, and are controlling Jerson and most of the Zaporizhia regions.

He added that the presence of Russian troops in the area of the blocked cities is limiting the movement of Ukrainian troops and preventing them from deploying in Donbass now or in the future.