US provoked the crisis in Ukraine, analysts say 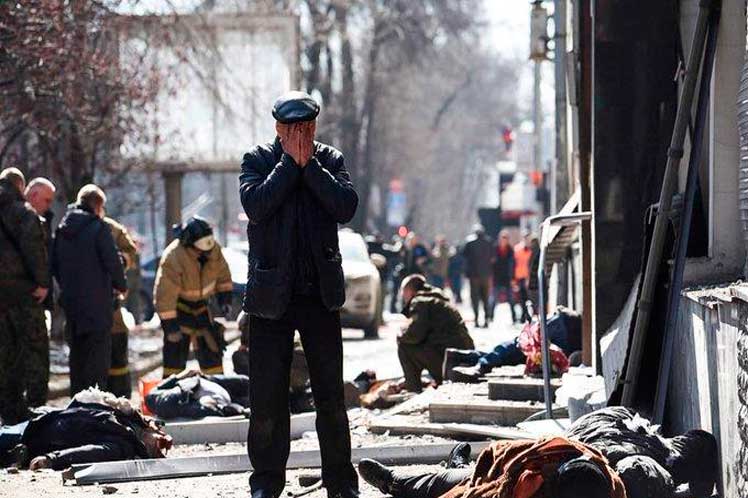 US provoked the crisis in Ukraine, analysts say

Underwritten by Ted Galen Carpenter, senior fellow for defense and foreign policy studies at the Cato Institute and contributing editor of The American Conservative, the report stressed that the extent of the aggressive measures taken by the Pentagon and the CIA to escalate the confrontation is barely known.

Galen cited an article by Yahoo national security correspondent Zach Dorfman in which he praises US intelligence agencies for accurately predicting the problem.

He added that Dorfman inadvertently highlighted the extent of Washington’s military provocations in Ukraine during the period leading up to the outbreak of hostilities. Those actions, he remarked, went far beyond the ill-advised policy decision by the administration of George Bush and his successors to push for Ukraine’s admission to NATO.

For years, he noted, the Kremlin made it abundantly clear that inviting Ukraine to join NATO would mean crossing a red line that threatened Russia’s vital security interests.

In recent years Washington escalated its relations with Kiev with measures that included $3 billion in “security assistance” to the country since 2014, including Javelin anti-tank missiles, joint military exercises between US and Ukrainian troops.

In his article Dorfman documented the extent of other provocative military measures Washington carried out with respect to Ukraine, Galen said.

Even, he noted, US and Ukrainian intelligence engaged in joint offensive cyber operations against Russian government targets, according to former officials.

One has to wonder whether US leaders were so arrogant and obtuse that they believed such missions could be carried out without Russia knowing about them. If so, it was a serious miscalculation, if not an epic blunder, Galen said.

On the contrary, he added, if policymakers in the Obama, Trump and Biden administrations realized that Moscow would learn of the intelligence and military collaboration, then they adopted a series of extraordinarily reckless provocations.

It is difficult to explain why US officials and members of the foreign policy elite were unable or unwilling to understand that Moscow would have a similar reaction to Washington’s provocations in Ukraine, if this was promoted by Russia in Canada or Mexico.

The Cato expert stressed that US and NATO officials used Ukraine as a strategic pawn against Russia and are now fuming over Moscow’s decision to go to war.