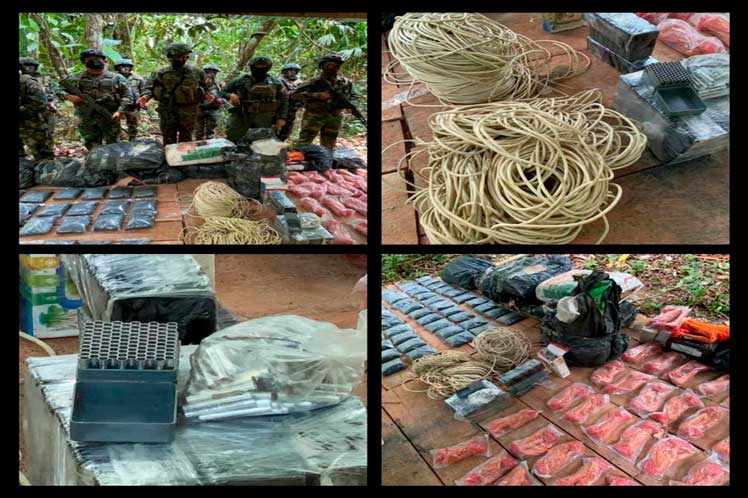 The Strategic Operational Commander of the FANB, Domingo Hernández, announced that the operation was carried out during patrols and searches in the sector of La Coromoto, in that region bordering the neighboring country.

In his Twitter account he detailed what was seized and specified: “10,500 non-electric detonators, 4,500 white phosphorus detonators, 1,250 kg of black powder, 500 mts of slow fuse, shrapnel, etc. All Made in Colombia!

These actions are part of the Operation Bolivarian Shield 2022 Vuelvan Caras, deployed in the organization with a large contingent of military troops from all the components of the FANB, including the Bolivarian Militia, for the expulsion of the Tancol from the nation. During the past weekend, Venezuelan security forces dealt several blows to irregulars in that region.

During the operations, they found camps for the processing of illicit substances, explosive devices, homemade traps, among others, throughout the border axis of the Apureña state. For its part, the URRA Guárico, through its BM21 grad system in action, destroyed an area planted with explosives on the access road to the terrorist camp.

The high command reiterated that the FANB is working on the elimination of explosives, destroying the camps and evicting the invaders from the national territory and that operations will continue as long as necessary to clear the area of the presence of the Tancol.