Eroticism in a park 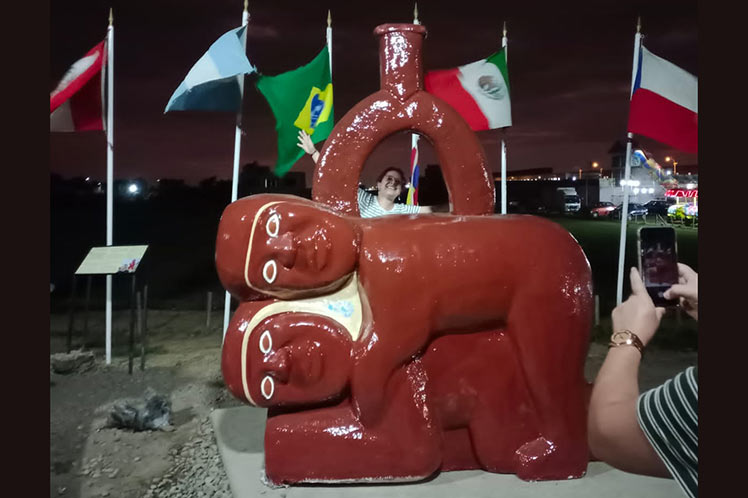 Eroticism in a park

The unusual sculpture, to which Moche Municipality Mayor Arturo Fernandez gave the green light, as a tribute to his people’s ancestors, showed a character proud of having been equipped with an enormous phallus, a symbol of virility and fertility.

From the very beginning in which the piece was shown, Fernandez received harsh attacks; he was especially accused of promoting pornography.

He claimed, however, that the controversial monument not only highlighted the sexuality of the place’s old inhabitants, but also attracted tourists interested in knowing the unusual sculpture.

Some days later, the sphinx appeared in the morning destroyed by extremists, who seemed to put an end to the daring project, but Fernandez didn’t give up to the hostility of those against it.

Thus, what began as a statue turned into a unique theme park, complemented by flags of many countries which, surely, refer to the universality of enjoying sex.

The site became a cozy area for national and foreign visitors, and just married couples from the municipality and its surroundings which, after their wedding, take pictures of themselves near any of the sculptures, perhaps as a cabala or tribute to passion.