Cuban authorities thank US residents for donation to hospital 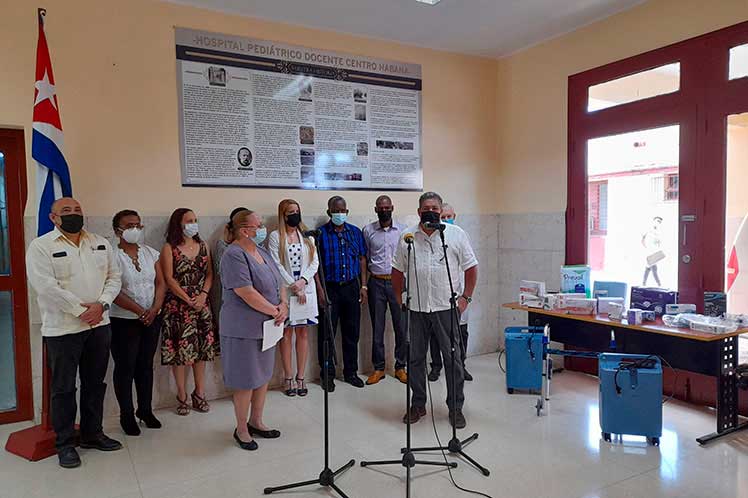 Cuban authorities thank US residents for donation to hospital

The director of Trade Policy with North America at the Ministry of Foreign Trade and Investment, Mariluz B. Hamel, expressed gratitude for the solidarity gesture on behalf of the Cuban Government, and described it as one more example of love and commitment to the homeland.

The official highlighted the work the members of the association are doing in the United States in favor of relations with their country of origin and in particular to bypass the US economic blockade against Cuba.

Actions like these eliminate physical distances, pointed out the diplomat, who also noted the importance of the donation under the current conditions, when Washington’s hostile policy on Cuba has been intensified and is causing a tense situation for the national economy.

This is a show of the love that most Cubans residents in North American lands feel for their country, said Ricardo Chang, vice president of the Jose Marti Cultural Association, at the ceremony.

We want this action to be the first of many and encourage others to continue this work, because we are doubly besieged, not only by the Covid-19 pandemic, but also by the US economic blockade that has lasted more than six decades, he added.

Chang conveyed the greetings of all the people who belong to the Jose Marti Cultural Association and Alianza Martiana, who are linked to this effort to collect materials worth approximately 79,000 dollars.

Dr. Jose Antonio Gonzalez, who was the first director of the Centro Habana Children’s Hospital, expressed gratitude on behalf of the institution’s board of directors, healthcare personnel, patients and companions.

He noted that everyone’s commitment is to take care of the materials available to them and make efficient use of them in order to provide higher quality medical care to children.