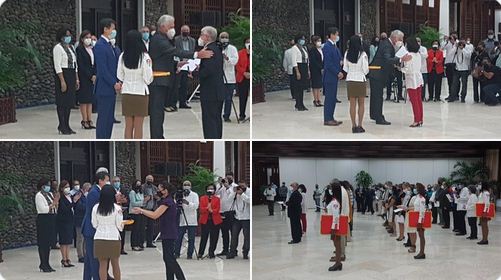 On his Twitter account, the president considered “an honor to participate in the awarding of the Medal for Inventors, granted by WIPO to the scientists who developed homegrown vaccines against Covid-19.”

He added that “I still remember the day when we asked them to create our own vaccines” and said that “it seemed crazy, but we were confident that they would do it.” 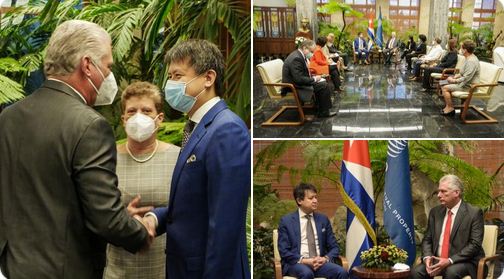 Precisely, Diaz-Canel headed the ceremony that awarded the WIPO Medal and certificates together with the director general of that UN agency, Daren Tang.

At the ceremony, the UN senior official acknowledged the work of the creators of Soberana 01, Soberana 02, Abdala and Mambisa Covid-19 vaccines, and praised Cuba’s achievements in innovation, which have saved lives in this country and abroad.

He also noted that the presence of the president of the Republic at the ceremony shows how important science, technology and innovation are for the Cuban government.

Tang recalled that the Cuban Covid-19 vaccines are not an isolated event, as many countries have received Cuban vaccines for decades against different diseases.

In this regard, he highlighted that Cuba was the first country that eliminated the mother-to-child HIV transmission and produced a vaccine against Hepatitis B and Meningitis B.

Cuba has received a dozen Gold Medals from WIPO, a program established in 1979 to boost innovation across the world, especially in developing countries.