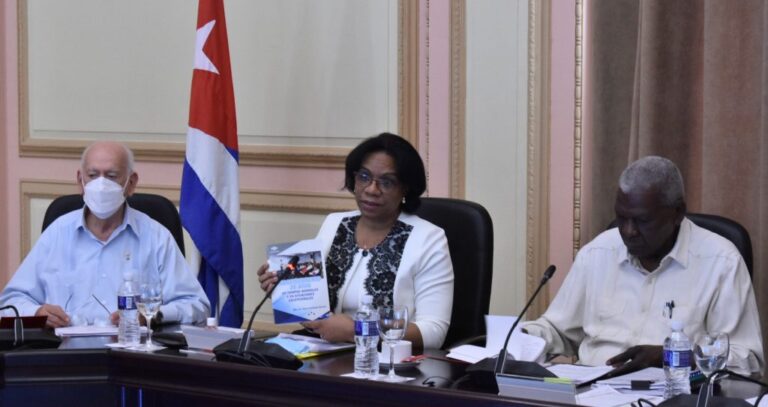 Deputy Prime Minister Inés María Chapman said 206 hydraulic works are planned for this year, including investments and maintenance actions, which should benefit water supply to 635,986 inhabitants of the 15 provinces of the country, highlighted the Cuban Parliament website.

At the meeting, headed by the president of the National Assembly, Esteban Lazo, and including the participation of Cuban head of state, Miguel Díaz-Canel, and prime minister, Manuel Marrero, Chapman explained that in the last 12 months fell 174.3 thousand millimeters, 88 percent of the historical value.

This situation is not only evident in the decrease in the level of reservoirs and groundwater, but also translates increasing the delivery cycles of the liquid to the population and the increase in the number of people who receive it through tanker trucks.

The deputy prime minister called for reinforcing initiatives to save water in all scenarios and for all beneficiaries, as well as to anticipate problems and properly inform citizens of any changes that occur in each territory.

Chapman also alluded to the need for proper functioning of the Temporary Work Groups to confront the drought, and the application of alternative technologies, in addition to scientific studies that allow solutions to be found.

A greater participation of hydraulic programs in the national industry is another fundamental aspect for its sustainability, she commented, and suggested continuing with the modernization of efficient irrigation techniques, while maintaining the strategy of education and social communication, to raise awareness about the importance of preserving this resource.