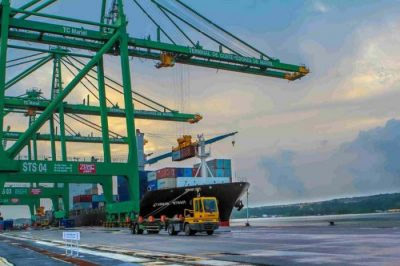 The deputy prime minister and Economy and Planning minister, Alejandro Gil, explained to the government body that in late February 2022, the best exportable items were rum, seafood, bee honey and nickel.

Cuba achieved growth in the agricultural sector, said Gil, since the levels of stockpiling up to the beginning of March accumulated more than 77,000 tons above what was achieved in the same month last year, but it is still insufficient to meet the demand from the economy.

Gil pointed out that the presence of these items in the markets is appreciable and a greater stability in the supply, which is fundamental to control inflation; however, there are basic foodstuffs such as rice, beef and pork, where national agriculture has failed to comply with the plans.

Milk, another essential product that replaces imports, has a better situation, with a stockpile of around 31 million liters, which was favorably affected by the increase in the purchase price to producers.

The deputy prime minister also referred to the performance of tourism, which although in February reached 99,223 visitors, still does not reach the planned levels (66.3 percent).

Despite the adverse circumstances that the tourism industry is going through, Gil affirmed that Cuba is not giving up its plan to receive 2.5 million international travelers in 2022.

Inflation is another pending issue for the cabinet, since, according to the deputy prime minister, “irrational prices continue, both in the state and non-state sectors.”

We have a duty to confront this scenario with effective measures, Gil stressed.