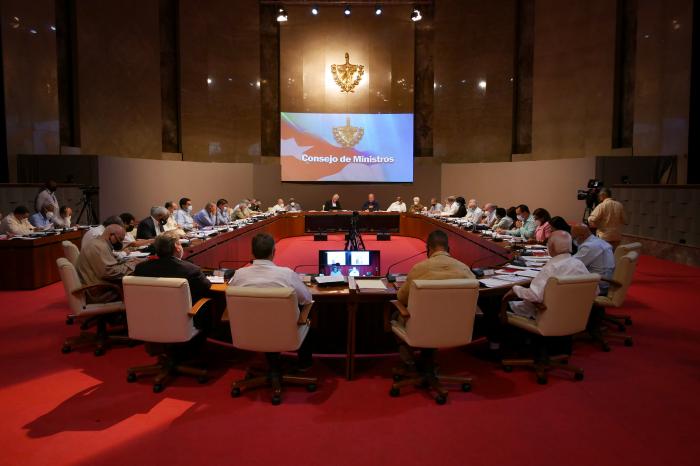 The president made this appeal while speaking at the March meeting of the Council of Ministers, which evaluated the progress of the Cuban economy up to the end of February.

Diaz-Canel pointed out that even in spite of the complex situation Cuba is facing, it is not possible to give up the fulfillment of the Economy Plan and for that reason he considered necessary to change strategies in certain activities in order to comply with and grow with respect to the previous year.

As elements to help achieve the plan, he considered “the constant, realistic and objective updating of the economic and social strategy, taking into account the processes that are being experienced” and continuing with the improvement of the state enterprise.

He pointed out the need to promote effective policies to oxygenate the economy faster and, above all, to respond to the needs of the population, such as improving the supply of food and medicines and public transportation, achieving stability in the energy system and promoting anti-inflationary measures.

Diaz-Canel also insisted on the regulatory role of the State in an economy with different economic actors and called for progress in planning with more economic-financial, control and management methods, and to discard administrative methods and bureaucratic obstacles.

He also emphasized the need to expand foreign investment in the country more efficiently and effectively; as well as, in order to alleviate shortages, to apply in domestic trade measures that generate tranquility in the population, with forms of commercialization that facilitate a more equitable distribution of products.

The also first secretary of the Communist Party of Cuba underlined the fundamental role of the socialist state company, but valued the need to achieve a greater participation of workers in business decisions. pgh/jcm/rc