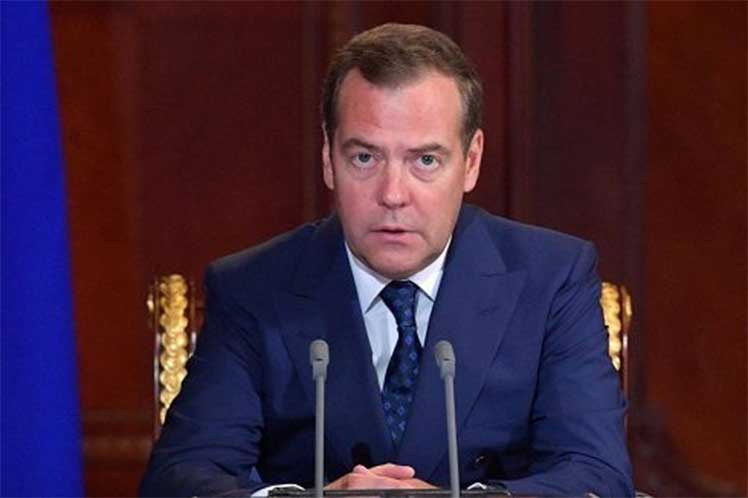 According to the official, in that case, the decisive world will be played by countries with strong and developed economies, solid public finances and reliable monetary system.

On Medvedev´s opinion, a new age of regional curruncies in which the world wakes up and confidence in reserve curruncies “dissipates like the morning fog”.

He suggested that “to end the dollar and the euro as the world´s main reserves does not seem a very fantastic prospect”.

The high-ranking official explained to the Russia 24 TV channel that at the moment these transactions are carried out in foreign currency, which is an obstacle for trade and business in the EAEU, taking into account the more than 6,300 sanctions applied against Russia, the main economy of the group.

“Therefore, we have started to form a common ruble space,” Reshetnikov stressed, referring to the bloc of countries comprising Russia, Belarus, Kazakhstan, Armenia and Kyrgyzstan, plus Moldova, Uzbekistan and Cuba which have observer status.

The Russian Minister of Finance, Anton Siluanov, warned on March 13 that the country has some 300 billion dollars, almost half of its international reserves, frozen due to foreign sanctions.

The national authorities approved a set of economic and financial provisions to face the foreign punitive measures applied against the country, most of them after the beginning of the military operation in Ukraine last February 24.