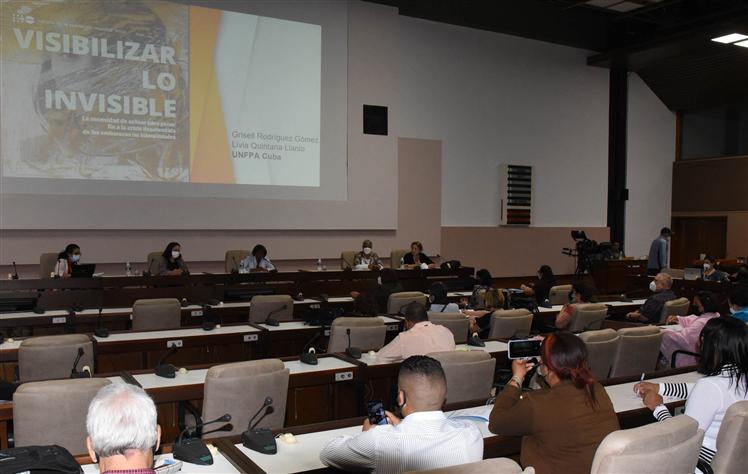 Havana, Mar 30 (Prensa Latina) A call to curb the occurrence of unintentional pregnancies as a way to contribute to sustainable development was made on Wednesday, during the presentation of the World Population Report at the International Congress on Children, Adolescents and Youth in Cuba.
Share on facebook
Share on twitter
Share on whatsapp
Share on telegram
Share on email

Dr. Grisell Rodriguez, program officer of the United Nations Population Fund (UNFPA) in Cuba, presented the document that this year gathers the socioeconomic, political, legal-normative and cultural factors that determine this phenomenon and the dissimilar challenges on the road to its reduction.

At Havana’s Convention Palace, the specialist said that half of the pregnancies in the world are unintended (121 million every year) and only 57 percent of women can decide about their health and their sexual and reproductive rights.

Research shows that this is a problem that increases in societies with lower levels of development, greater gender inequality and maternal mortality, while the rates tend to be lower in countries with more flexible abortion laws, Rodriguez added.

For her part, Dr. Livia Quintana insisted on elements that influence women’s reduced decision-making capacity, such as poverty and income inequality, power imbalances within the couple, the urban-rural gap, and the possibility of accessing modern, quality contraceptive methods, among others.

In this regard, the global report, entitled Seeing the Unseen: The Case for Action in the Neglected Crisis of Unintended Pregnancy, remarks that the “overwhelming” increase in statistics represents a global failure in the defense of the fundamental human rights of women and girls.

Halting their advancement would enable them to access other guarantees such as social mobility and upward mobility in the workplace, as well as allow for greater community development, Quintana said.