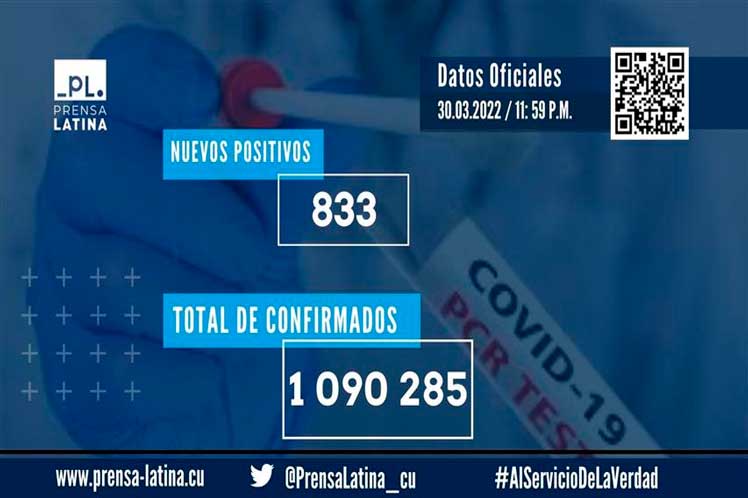 The number of patients admitted is 8,308, of which 4,668 are suspected, 25 are under surveillance and 3,615 are confirmed active, according to the daily report released by the Ministry of Public Health (Minsap, in Spanish).

Of the total number of cases at the end of last Wednesday, 810 were contacts of confirmed cases, eight with source of infection abroad and in 15 the origin of the infection could not be determined.

The authorities granted 902 medical discharges for those who suffered from Covid-19 and with this, the recovery of Cubans reached 1,078,101 (98,9% of all confirmed cases).

A total of 3,615 patients are admitted to hospitals, 3,584 with a stable clinical evolution, while 31 are being treated in intensive care: eight critical and 23 serious. The provinces with the highest incidence during the day, with more than 100, were the central province of Ciego de Avila (123) and Camagüey (105).

Such behavior places the lethality rate in Cuba at 0,78%, much lower than the 1,27 in the world and 1,79 in the American continent, according to a comparison of the data provided by the Minsap.

In recent days, Cuban specialists predicted a progressive increase in the number of people confirmed and hospitalized as a result of the pandemic, for which reason government authorities called for extreme sanitary measures and to accelerate the application of booster vaccines.