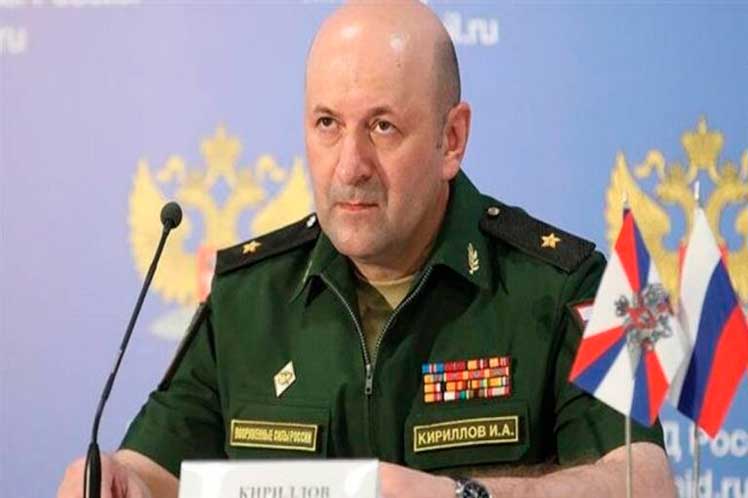 Head of the radiological, chemical and biological defense forces of Russia, Lieutenant General Igor Kirillov, said the documents show his relationship with employees of the US Department of Defense Threat Reduction Agency and Pentagon contractors in Ukraine.

The complaint drew attention to the fact that Western media also referred to the existence of such documents.

Kirillov told reporters that the content proves that Hunter Biden contributed to creating a financial opportunity to carry out work with pathogens in Ukraine by ensuring the attraction of funds for Black & Veatch and Metabiota.

On Thursday, the Russian parliamentary commission of inquiry into the activities of biolaboratories in Ukraine reported that it considers inviting US Under-Secretary of State for Political Affairs Victoria Nuland and the son of US President Hunter Biden to testify.

The politician wrote on Telegram that it is not just any person involved in the creation of biolabs in Ukraine, but the very president of the United States.

He stressed that the investment fund run by his son is one of the financiers of research and implementation of the US military-biological program in that country. Obviously, Joe Biden, both as a father, and as a head of State, knew about these activities, Volodin said.

According to the deputy, the US president is obliged to explain to the international community the facts discovered by the Russian forces in Ukraine, while the US Congress should conduct its own investigation.

Nuland, for her part, speaking at a hearing before the US Senate Committee on Foreign Relations on March 9, admitted there are objects in Ukraine where research in the field of biology is being conducted, and Washington is trying to prevent them from falling under the control of Russian forces.

However, evidence of an emergency cleanup by Kiev of traces of the military biological program implemented in Ukraine and financed by the US Department of Defense was revealed.

According to Russian Defense Ministry Spokesman Maj. Gen. Igor Konashenkov, they received intelligence from employees of Ukrainian biological laboratories about the emergency destruction of particularly dangerous pathogens on February 24, including plague, anthrax, tularemia and cholera.