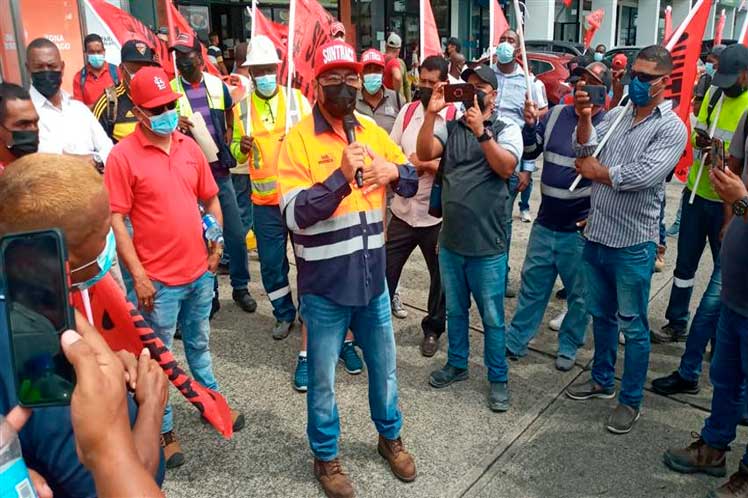 After listening to the demands for salary adjustments by the leaders of the Sindicato Único Nacional de Trabajadores de la Industria de la Construcción y Similares (Suntracs, in Spanish), the President only promised to talk with the directors of the business union this weekend.

Cortizo asserted that for the salary increase demanded by the workers, several options were discussed, which he will analyze on Saturday or Sunday with Carlos Allen, head of the Panamanian Chamber of Construction (Capac, in Spanish), in order to avoid a strike, “which in the end nobody wants”, he said.

According to Suntracs secretary general, Saúl Méndez, explained to Prensa Latina, there are sectors of the employers who are taking advantage of the conflict to negotiate agreements with the banks, to the detriment of the rights of the workers and their families.

Independently of the talks with Cortizo, he added, tomorrow, Friday, 20,000 builders in some 247 projects are scheduled to carry out a one-hour warning strike, according to information.

We will demonstrate to Capac, Méndez said, the union’s capacity for organization and articulation at national level and we hope that the message will reach loud and clear, because we are ready for the strike on April 4.

In his opinion, these pressure measures are justified after the violations of Convention 87 of the International Labor Organization (ILO), in relation to freedom of association and the protection of the right of affiliation.