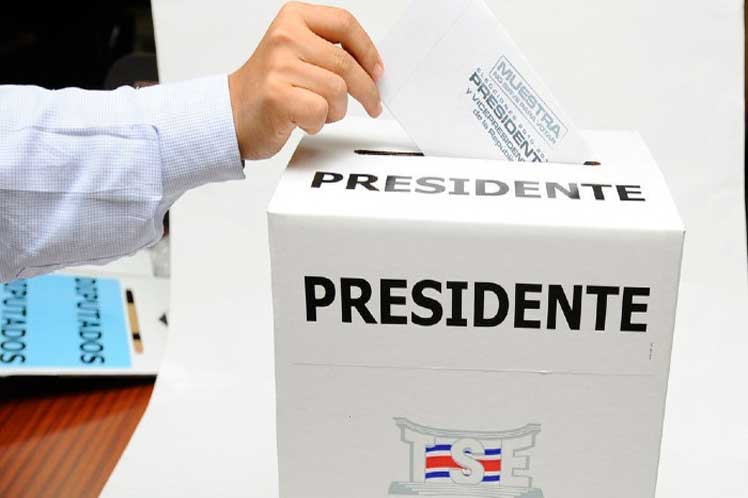 The campaign halt adds to the existing ban on campaigning in public spaces since Monday, although the Electoral Law does not forbid presidential debates, one of which is scheduled for tonight and another one for Friday.

According to a poll conducted by the Center for Research and Political Studies of the University of Costa Rica (CIEP-UCR), released by Universidad weekly this Wednesday, Chaves leads vote intention and he is in a technical tie with Figueres.

The PPSD candidate has 41.4 percent of voting intention, while the PLN candidate has 38 percent, according to the response of 1,015 voters interviewed via telephone from March 24 to 28, with a margin of error of +/- 3.1 percent.

Compared to the previous polls, published by CIEP-UCR on March 1 and the previous week, economist Chaves shows a persistent setback, as in the first consultation, he had a 46.5 percent of voting intention and in the second one a 43.3 percent and now 41.3 percent.

The former Costa Rican president won the first round of the general elections on February 6, with 27.26 percent of the valid votes cast, far from the 40 percent needed to win the presidency, and Chaves succeeded him with 16.7 percent.

About 3.5 million Costa Ricans are illegible to vote on Sunday’s runoff, to elect between those two candidates who will lead the destiny of Costa Rica from May 8, 2022 to May 8, 2026.