Putin and Zelensky will only meet with the agreements beforehand 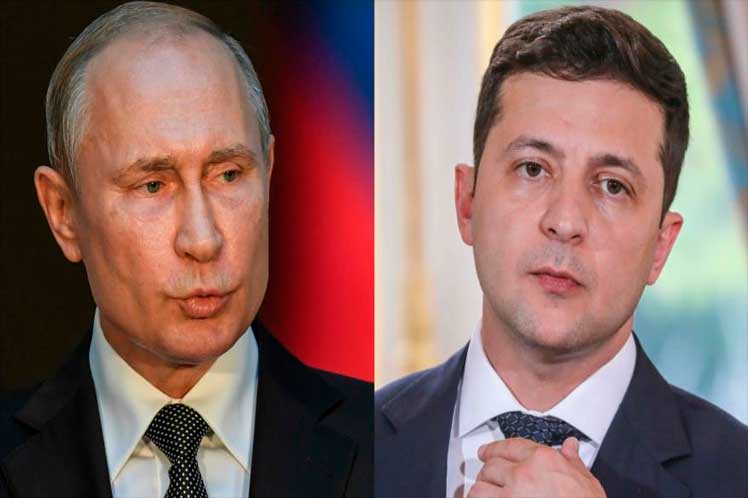 Putin and Zelensky will only meet with the agreements beforehand

“In this sense nothing has changed”, the senior Russian official said in statements given to the press, referring to one of the decisions on which the Moscow and Kiev delegations agreed at last Tuesday´s negotiations in the Turkish city of Istanbul.

Russian presidential adviser Vladimir Medinsky said the press that day that the meeting could take place simultaneously with a peace treaty´s signing between both countries at Foreign Ministers´ level.

He explained that at the moment of the initialing and consideration of the document, both presidents can discuss “details of the agreement, nuances and political details”, TASS news agency reported.

“In this way, if the treaty is worked out rapidly and the required commitment is found, the possibility of achieving peace will be much closer”, he added.

Medinski, who is not only presidential advisor, but also head of the Russian delegation to the negotiations with Ukraine, warned that the Kremlin will submit its proposals for a peace treaty after studying those of Kiev.

Speaking to RT TV channel he recalled that Moscow´s conditions for the cessation of hostilities and the end of the conflict were presented to the Ukrainian side since the beginning of the military operation, “but now we understand how to move towards a commitment”.

He expressed that there is still a long way to go to prepare an agreement between Moscow and Kiev on terms that would be acceptable to both sides.

Hours earlier, Medinsky said the press that the Ukrainian written proposals, include a refusal to join military blocs, a ban on placing foreign military bases and troops in the country and on conducting military exercises on national territory without the acceptance of guarantor States, including Russia.

The head of the Russian delegation assured that Kiev’s document also confirms its interest in remaining neutral and nuclear-free.

“We have received written proposals from Ukraine confirming its desire for a neutral, non-aligned and non-nuclear status, with renunciation of production and deployment of all types of weapons of mass destruction, including chemical and bacteriological ones,” he said.