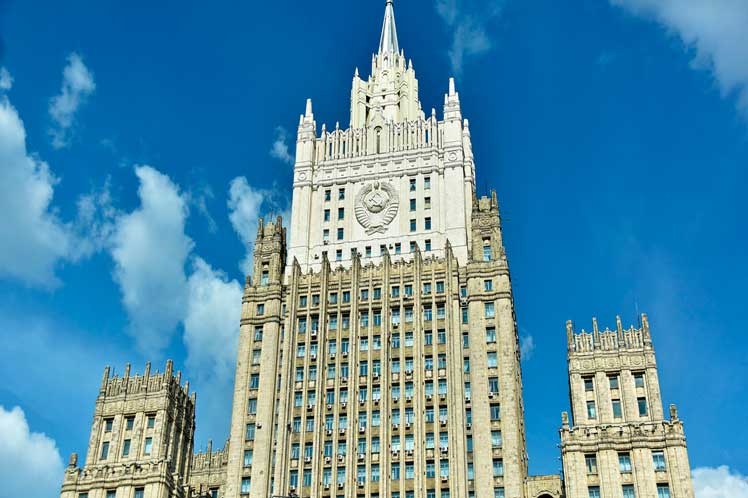 According to the statement from the Russian Foreign Ministry, the decision responds to massive unilateral measures applied against the Eurasian nation by the community bloc, in accordance with the basic principle of international law of reciprocity.

He explained that restrictions were extended to senior EU officials, including several of its commissioners and military chiefs, as well as the vast majority of the members of the European Parliament who promote anti-Russian policy.

Also on the list are representatives of governments, parliaments, as well as public and media figures, considered by Moscow to be responsible for promoting illegal sanctions against Russia, fomenting Russophobic sentiments and violating the rights and freedoms of the Russian-speaking population. .

The text underlined that Russia will inevitably continue to respond harshly to any hostile action by the EU and its member states. He indicated that this information was transmitted to the representation of the European Union in this country.

Russia began a military operation in Ukraine on February 24, after the authorities of the self-proclaimed People’s Republics of Donetsk and Lugansk requested help to repel the increased aggression from Kiev and the intense bombing.

In his speech to inform about the start of the operation, Russian President Vladimir Putin stated that the objective is to protect the population of Donbass from the abuses and genocide of Kiev during the last eight years, in addition to “demilitarizing” and “denazifying” Ukraine.

Immediately, the United States, the United Kingdom, Canada, Japan and the countries of the European Union began to impose different packages of sanctions against Russia, targeting key sectors of trade, finance, energy, exports, aviation and space.

The restrictions included partial disconnection of Russian banks from the Swift international payment system, the closure of airspace for its airlines, the paralysis of the international reserves of the Central Bank of Russia and the embargo on oil purchases by Washington.