Costa Rican Communists in Media Marathon against US blockade of Cuba 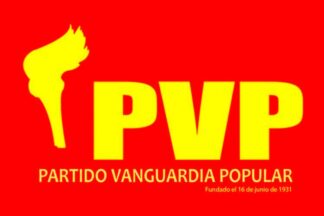 Costa Rican Communists in Media Marathon against US blockade of Cuba

According to its promoters, this afternoon-evening’s program will count with the participation of the Cuban ambassador in Costa Rica, Jorge Rodriguez, and Jose Antonio Toledo, from the Spanish organization Europe for Cuba, who will speak about this important world action of solidarity with Cuba.

They recall that the World Media Marathon against the U.S. blockade of Cuba is promoted by the Europe for Cuba channel, which will be joined on April 2 and 3 (24 hours) by dozens of organizations and media from several continents.

Likewise, the PVP points out, it will count on the contribution of associations of solidarity with Cuba, social activism, Cuban residents and trade unions in several countries. The Costa Rican communists maintain that from Argentina, Brazil, Cuba, Spain, France, Greece, Honduras, Italy, Portugal, Russia, Serbia, Costa Rica, Nicaragua and Venezuela, among other nations, people will raise their voices against the criminal economic, commercial and financial blockade of the U.S. government against Cuba.

In addition, according to the PVP, numerous political organizations have agreed to join, such as communist parties and groups from Germany, Spain, Israel and Russia; Socialist Convergence , from Italy; La Francia Insumisa and the Popular Socialist Party, from Mexico; and Vanguardia Popular, from Costa Rica.

It will also be accompanied by the news agencies Prensa Latina, SANA and Sputnik; the networks Telesur, HispanTV, Al Mayadeen and Cubavision International and ANTV, among many others, according to the Costa Rican political group.