Economist and a former president opt ​​for Costa Rica presidency 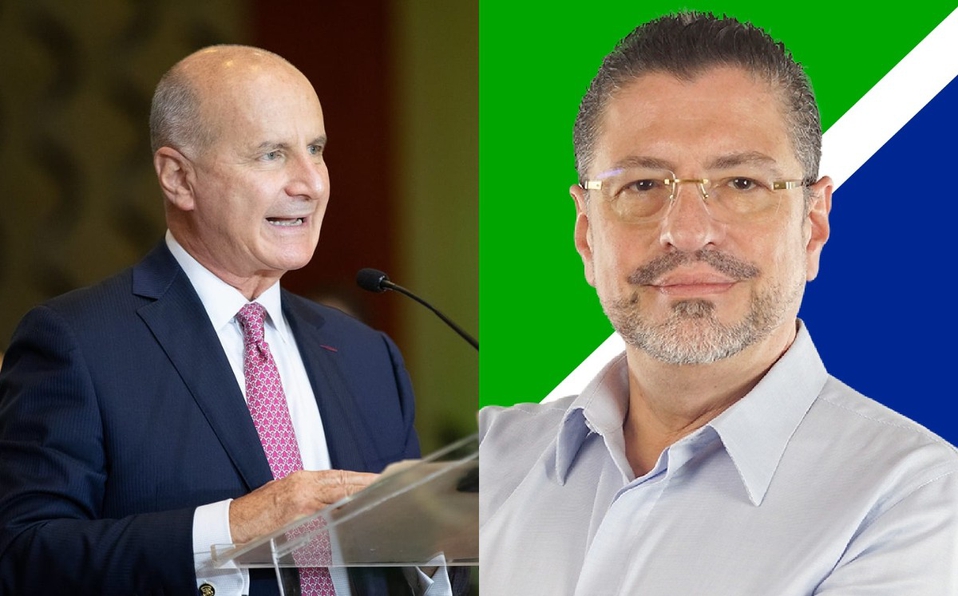 Economist and a former president opt ​​for Costa Rica presidency

In this way, Sunday’s ballot will face Chaves, candidate for the young Democratic Social Progress Party (PPSD, created in 2018), and Figueres, candidate for the National Liberation Party (PLN, founded in 1951), one of the two traditional political groups of this country, together with the Christian Social Unity Party (PUSC).

During much of the so-called Second Republic, the PLN and the PUSC alternated power in this Central American nation until in 2014, when the candidate for the Citizen Action Party, Luis Guillermo Solís, won the presidency, a political force that won a second consecutive term, after the victory of Carlos Alvarado in 2018.

But let’s go to the proselytizing campaign for the ballot on Sunday, the third in a row, which Chaves has based on being anti-system and promising the Ticos that none of the politicians who, according to him, are responsible for the current situation of the country, with high unemployment and 1.5 million people in poverty, among other ills.

After almost 30 years as a World Bank official, Chaves concluded his work in that financial entity overshadowed by complaints from two workers who attributed “sexual innuendos” and a “pattern of unwanted inappropriate behavior” between 2008 and 2013, according to the agency itself.

From the first round of the general elections he insisted on describing these accusations as ‘gossip and lies’, the truth is that this situation was used against him, but in reality it did not affect him, since he managed to obtain second place (16.7 percent) and the right to vote in that first consultation with Costa Rican voters, on February 6 last.

The 60-year-old economist returned to the country at the end of 2019 to be the Minister of Finance of the Alvarado government, a position he left in May 2020, after serious differences with the Tico president.

Regarding his departure from the cabinet, Chaves indicated that “the president considered that this difference in what he calls styles does not allow us to continue working together. He has the investiture to make the political decision that he made, because it is a political decision “.

Now Chaves is seeking to reach the top magistracy to reorganize the public budget, put an end to corruption and once again make Costa Rica the happiest country in the world, but his authoritarian and arrogant style -according to many political analysts- has deprived him of the support of voters, as polls on the ballot show.

Chaves began the voting intention consultations for the second round with over 50 percent last February, but the most recent ones keep him in first place, but now with just over 40 percent and in a technical tie with his rival.

On the opposite sidewalk appears Figueres, 67 years old and who won the first round with 27.26 percent of the valid votes, one of the traditional figures of the PLN and son of José María Figueres Ferrer, “Don Pepe”, who took up arms and triumphed in the civil war of 1948.

An industrial engineer graduated from the West Point Military Academy in the United States, Figueres began his foray into national politics in 1986, when he held the positions of Minister of Foreign Trade and of Agriculture and Livestock during the first administration (1986-1990). of his co-religionist Óscar Arias.

After obtaining a master’s degree in Public Administration at Harvard University in 1991, Figueres became the 42nd president of this country in 1994 and the youngest on the continent at that time, at 40 years old.

However, his administration generated controversy by applying reforms such as banking liberalization and the reduction of the state apparatus, as well as promoting a modification of the Pension Law and applying structural adjustment plans that led to a decline in his popularity.

In this proselytizing campaign to return to the Presidential House, Figueres promises to reduce unemployment and poverty, protect the environment and maintain the refusal to exploit fossil fuels, and programs to empower women heads of household.

Facing the second round on Sunday, both contenders have called the voters to go to the polls, since the polls predict that abstentionism will exceed that of the first round, which marked 40 percent of the 3.5 million of Ticos with the right to vote.

Precisely, that number of voters is summoned this April 3 to choose the president between Chaves and Figueres.