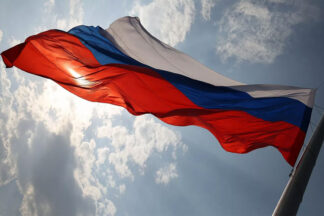 “I would say that within the general context, a not very pleasant and very problematic context for all of us, the Latin American countries and first of all business people, maintain a quite understanding, friendly and willing collaborate position”, she said in an interview published by the Sputnik news agency on Friday.

The official pointed out that only one company in the region told the CN-Cepla that it is cutting off relations with Russia, while joint work with all the others has not stopped.

She explained that as part of the continuous rapprochement between the parties, the Committee is preparing, together with the Russian Chamber of Industry and Commerce, a video conference at which almost all embassies and commercial representations from Latin American countries in Russia will participate.

She noted that this will be an opportunity for them to talk with the representatives of more than 70 regional chambers of commerce from Russia.

“The biggest problem now is logistics, transportation. The second is the transfer of payments. But we are already working very hard on these issues, and we see that there will be a solution for each case,” she said.

In her opinion, many Latin American companies will face the alternative of “losing their contacts with Russia, missing a good opportunity to export, losing good buyers, or maintaining relations with the United States.”

Many will prefer to continue selling their products to Russia in one way or another, she said.