Media marathon seeks new condemnation of US blockade on Cuba 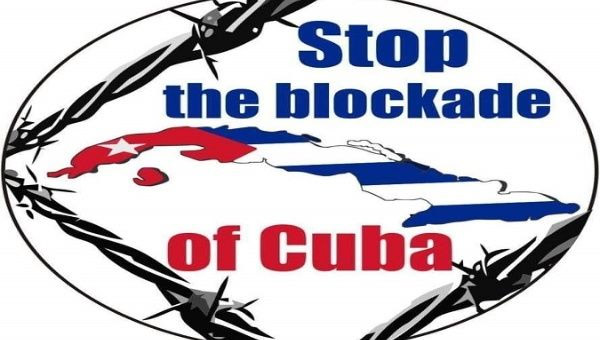 Media marathon seeks new condemnation of US blockade on Cuba

The marathon is schedule to begin at 20:00 French time. It was called in January by the organization which had been activated in October 2020 to promote world solidarity with Cuba in the midst of aggression it faces from Washington.

In statements to Prensa Latina, José Antonio Toledo, Haydeline Díaz and Patricia Pérez, the channel’s coordinators, assured that all the technical conditions are in place for a new universal demand for the immediate end of the economic, commercial and financial blockade that Cuba has suffered for more than six decades.

This time it will be a blockade´s repudiation expressed by the media, civil society organizations, political forces, parliamentarians, personalities and citizens, all with the same opportunity to raise their voices against a criminal policy, they stressed.

According to the media marathon´s promoters, expectations are high, supported by the great diversity of voices from dozens of countries that accepted to ratify that the world is on the side of justice and truth.

The 24-hour event opens with a speech by Cuban Deputy Minister of Foreign Affairs Carlos Fernández de Cossío, and in its first moments will include statements by the ambassadors to France and Belgium, Otto Vaillant and Yaira Jiménez, respectively.

Well-known traditional media, other alternative or smaller media, youtubers, solidarity groups, political parties and international organizations will have time in the marathon that will include opinions by experts and personalities, who will explain what the blockade is and its impact, Toledo, Diaz and Perez said.

University and community radio stations and friendship organizations have also joined the initiative.