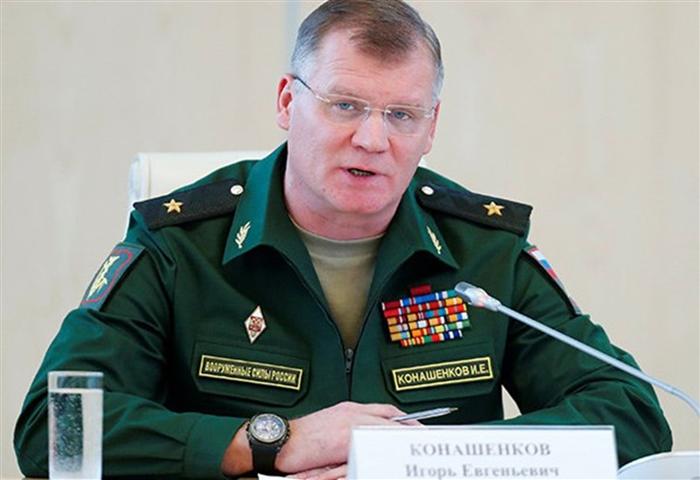 He said that guided air missiles hit the Ukrainian airfields of Poltava and Dnipr, while the air defense forces shot down two Ukrainian Mi-24 helicopters near the city of Sumy and the village of Urozhainoye and 24 drones.

The Defense Ministry also reported that the specialists of the International Mine Action Center of the Russian Armed Forces started demining the territories under the control of the units of the self-proclaimed Lugansk People’s Republic (LPR).

He detailed that the area will be cleared with the use of the Uran-6 robotic mine destruction system, which proved its effectiveness during special missions in Syria and Nagorno-Karabakh.

For his part, the deputy head of the militia of the self-proclaimed Donetsk People’s Republic Eduard Basurin denounced on Saturday that Kiev sent a detachment of the ultra-nationalist organization Pravy Sector to the town of Novgorodskoye, north of Donetsk.

He indicated that in that place the radicals are seizing villagers’ vehicles and acting dressed as civilians to deceive Donetsk military.

Ukrainian President Vladimir Zelensky reported that they submitted to several countries proposals for documents on security guarantees, government-backed press in Kiev reported on Saturday. “We need security guarantees from the leading states,” the president said in an interview for the US Fox News channel, broadcast Friday night.

He stressed that this list could include member countries of the North Atlantic Treaty Organization (NATO) or those that are not part of that military bloc.

“We would like those countries that wish to provide the guarantees to join openly with the United States, the United Kingdom, Germany, France, Turkey,” Zelensky said.