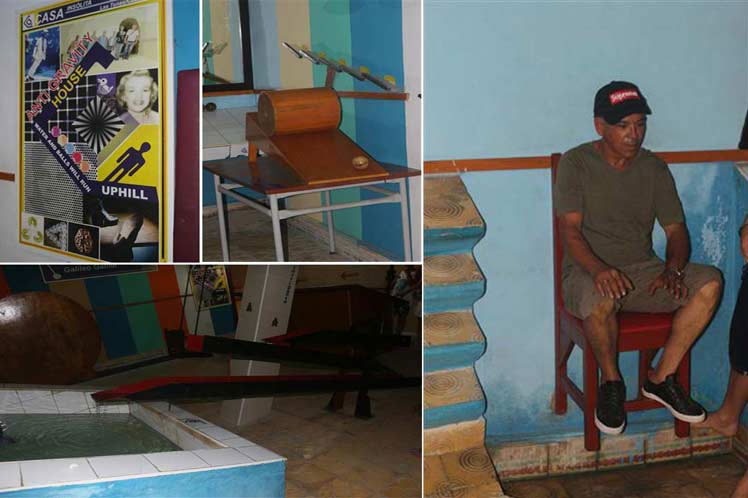 Las Tunas, Cuba, (Prensa Latina) The force of gravity exerts an influence on people, hence any change in it has repercussions on orientation in space and requires the organs of equilibrium to adapt to the new circumstances. When this adaptation is not fully consummated, dizziness and visual illusions may occur.
Share on facebook
Share on twitter
Share on whatsapp
Share on telegram
Share on email

These truths are ratified as soon as one enters the sideway tunnel that gives access to the Casa Insólita de Las Tunas (Unusual House). Instantly one feels as if everything was spinning, and a sudden vertigo takes over. “Hold on tight to the handrail,” warns the guide. But, in spite of following her exhortation, only after a few minutes you manage to stabilize your pace.

After the euphoria that triggered the opening in 2015 of this strange dwelling, details and subtleties of a project that has put science to concert secrets in conspiracy with gravity continue to surprise. 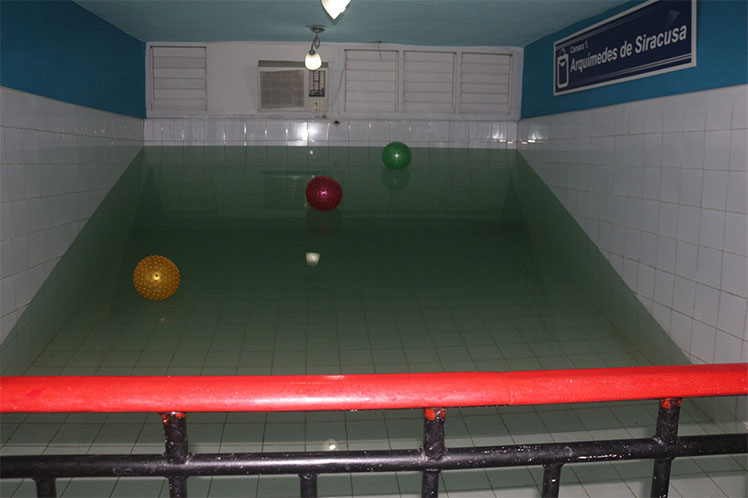 The first room is dedicated to the Greek Archimedes of Syracuse, creator of the principle of hydrostatics. A famous statement is attributed to him: “A body totally or partially immersed in a fluid at rest experiences a thrust from below upwards equal to the weight of the volume it displaces”.

His inaugural attraction is a pond with almost 20,000 liters of water. The surface was supposed to rest perfectly horizontal, but here it is tilted. One comes to think that at any moment all the liquid will come on top of it. But there is more: in a nearby fish tank, goldfish swim gracefully with their heads higher than their hind legs.

The garlands in the second room are dedicated to Pythagoras, the great Hellenic mathematician and philosopher. His well-known theorem, “In a right triangle, the square of the hypotenuse is equal to the sum of the squares of the legs,” is still recited by handcart.

In this 20-degree inclined room, the sense of surprise is caused by a “disturbed hydraulic channel” that transports water … upwards! How can the law of universal gravitation tolerate such an aggravation? In front of me, a teenager expresses his disbelief by rubbing his eyes.

The evergreen Newton, English philosopher, mathematician and physicist, monopolizes honors in the third room. His first law, “every body remains at rest or in uniform rectilinear motion as long as no force acts on it to change its initial state,” finds an atmosphere of realization there.

The room boasts artifacts such as the ball swallower and the strips. In both cases, inclined planes are used where the spheres, regardless of their weight, rise instead of falling downhill. The same path is followed by small balls in three superimposed channels.

The fourth room reclines at the feet of Leonardo da Vinci, the genius of the Italian Renaissance. Most notable is the liquid curtain that seeps through a wall reminiscent of rock. But instead of sliding downward, like any self-respecting spring, it slides forward, seeking the perpendicular. A wooden star filled with water has the same effect. Visitors are also amused by the absurd postures their bodies adopt as they walk through the house.

The fifth room is, in my opinion, the most spectacular. Of all that amazes there, the pendulum of a clock stands out. It hangs from the ceiling at an unconventional angle and swings irregularly from side to side, just like the swings. There is a staircase that looks as if it has been cut into the wall, yet it is perfectly possible to climb up and down it.

The public is treated to an incredible spectacle: a chair that rests its back legs on a projection on the wall and leaves its front legs in the air without its occupant falling to the ground. And when it comes to legs, a billiard table has them in different sizes, which does not prevent the balls from running to one side or the other as if everything were perfectly horizontal.

Finally, there is a sofa that is impossible to stand up from without help. Faced with such dynamics, Galileo Galilei, dignified in this room, would have avoided uttering his famous phrase: “And yet it moves… “.

Of the unusual houses -enclosures in whose interior it is possible to sensorially perceive phenomena that, in appearance, are located at the antipodes of the principles of universal gravitation- there are few in the world, and not with the same name.

The one in Las Tunas, the only one of its kind in the country, continues to amaze its occasional visitors. There is no trickery with magic tricks, since the phenomena perceived are legitimate optical illusions. It is a novel way of eluding conventionalisms with the consistent use of originality and fantas.

In short, originality is the most complete expression of ingenuity; fantasy, the best ally to find the path to reality.