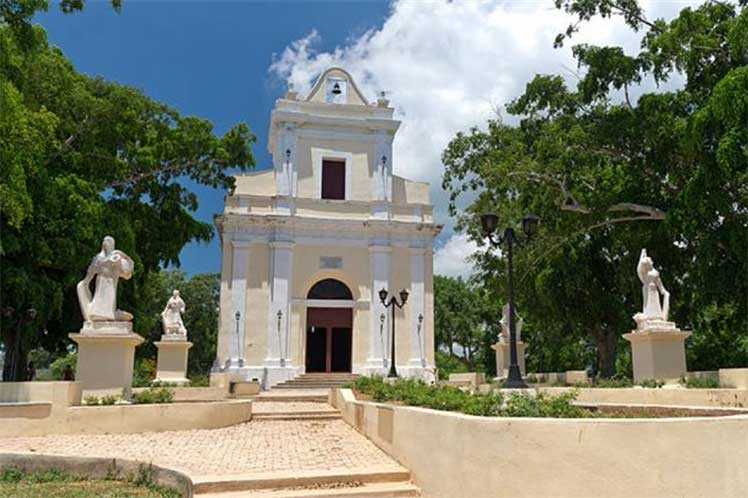 Matanzas, Cuba, (Prensa Latina) The three-hundred-year-old western city of Matanzas is distinguished by its proximity to Havana, the Cuban capital, which is only 100 kilometers away if one travels westward, and, above all, by the natural beauties that surround it.

Known as the Athens of Cuba since the 19th century, the city sits on gentle hills on the shores of the bay of the same name, and framed within the majestic Yumurí Valley, whose homonymous river is one of the three fluvial currents of its geography.

This location makes it possible for the town, founded on October 12, 1693, to offer locals and visitors sites from where they can admire these attributes granted by nature, which invite calmness and constitute a way to give a brief rest to the hustles and bustles of modern life.

One of these emblematic locations, highly demanded by the people of Matanzas, is Monserrate, on the heights of the Simpson neighborhood, a place that has accumulated an extensive list of illustrious foreign visitors, such as Prince Alexander I of Russia.

It is said that the latter, enraptured by the beauty of the landscapes, exclaimed euphorically to his companions: “To be paradise, only Adam and Eve are missing”.

In this way, he paid an ingenious tribute to a promontory that, since the 19th century, has exhibited the Monserrate Chapel, considered a tireless guardian of the city also known as the “city of bridges”, a patrimonial and identifying center of the Spanish footprint.

The hermitage is a neoclassic style construction, described by experts as a true jewel of Cuban colonial architecture and an example of the Spanish oratories of the 19th century.

“The idea arose from the different pilgrimages that Catalans living in Matanzas used to make to these elevations. As time went by, people from other Spanish regions living here and even in other Cuban provinces joined in, Milvia Rivero, director of the Ermita de Monserrate cultural center, told Prisma.

Those festivals with songs and tenths impregnated a lot of nostalgia, which, together with the similarity of these lands with the mountains of Monserrat, in Barcelona —where the monastery in tribute to that virgin, patron saint of Catalonia—, is located gave rise to the idea of building on Matanzas soil, she said.

According to Rivero, the initial steps were taken in 1872 with the laying of the first stone, and in 1875 the temple was inaugurated with a great “colla”, a celebration in which the festivities incorporated religious and popular components.

The specialist pointed out that, after a thorough rescue and restoration process financed by the Cuban State, with the participation of local architect Ramón Recondo and as a memorial of the Spanish footprint, the Monserrate Hermitage reopened its doors twelve years ago and now functions as a cultural center.

“It is a project to rescue traditions, where twinning converges in total harmony with the country’s cultural policy. We work in our programming with all the arts, religious services are held and we offer the opportunity to get to know the site by working with tour operators and travel agencies based in the country”, he emphasized.

This jewel of Matanzas aspires to excellence, under the premise of continuing to be a project to rescue traditions of the Spanish footprint recognized by various national institutions.

A brochure that travelers receive when they arrive at its door says: “A journey through time and a reunion with the sources of Matanzas”.