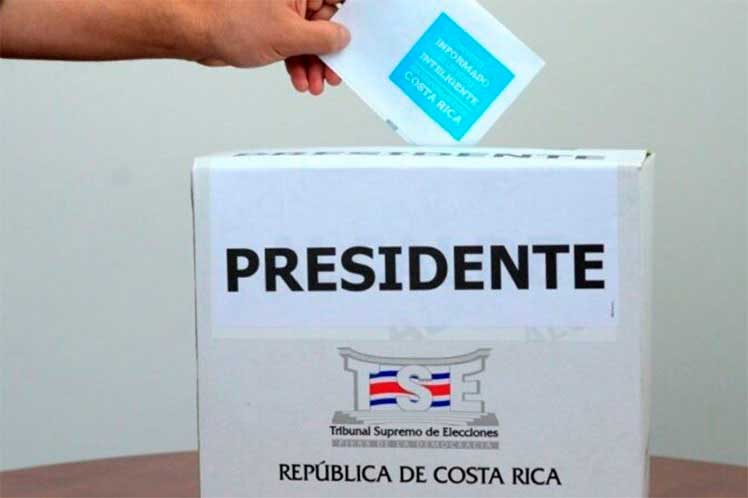 According to data from the Supreme Electoral Tribunal (TSE, in Spanish), there are 3,541,908 registered Costa Ricans, who can go to that number of Voting Boards distributed across the nation to elect the president for the term from May 8, 2022 to May 8, 2026.

The candidates running for the presidency of Costa Rica are former President Figueres, of the National Liberation Party, and Chaves, of the Social Democratic Progress Party, who respectively occupied the first and second positions in the first round, carried out on February 6.

The Voting Boards opened at 06:00 local time and will close at 18:00 local time, the TSE reported, which reminded the requirements to be able to exercise the right to vote: to be duly registered in the respective Voting Boards and to have a valid identity card or with no more than two years of expiration.

Even those who turned 18 years old on February 6 may vote, but they must have requested the identity card before October 5, 2021, closing date of the electoral register. Naturalized persons may also vote after 12 months of having their naturalization letter and have applied for their identity card before the same date.

Moreover, since 2009, after the approval of the new Electoral Code, Costa Ricans living abroad can also participate in the election of the president and two vice presidents, with the only condition of registering before the closing of the electoral register.

Most of the previous polls give a slight advantage to Chaves over Figueres, but so minimal that they consider it a technical tie, so that for analysts the winner will be determined by the almost 20 percent of undecided voters -voters who have not yet decided for which of the two candidates they will vote- estimated by those same polls.

However, these same analysts predict that the abstention rate will be higher than in the first round, which was 40.29 percent, a record for a presidential election since 1958.