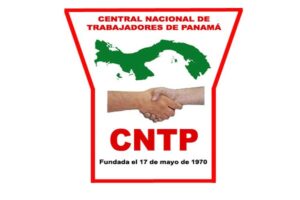 Zelideth Rosales, in charge of the CNTP’s international relations, charged that Washington’s increasing sanctions against Cuba amid the Covid-19 pandemic hindered the acquisition of necessary medical supplies to counter the disease. In that regard, she described the blockade as a crime against humanity, hence the reaction of the peoples who demand that the White House cease the unjust measure, it was demonstrated the day before during the World Media Marathon, organized by the Europe for Cuba solidarity channel with 24 hours of transmissions on the social networks of this type of testimonies.

While blockade aimed at affecting Cuba’s achievements in health care, education, science and technology intensified, Cuba showed its example of sovereignty and courage by producing its own vaccines against the contagious disease, Rosales pointed out.

During the Media Marathon, several Panamanian voices condemned Washington’s economic, commercial and financial blockade and its extraterritorial nature with which it has been trying to asphyxiate Cuban families since the triumph of the Revolution in 1959.

Among the activists who stood out with their messages were Lawyer Lilian Ruiz, from the Latin American and Caribbean Continental Network of Solidarity with Cuba; the National Coordinator of Solidarity with Cuba in Panama, Dr. Anibal Lara; as well as Jorge Guzman and Ronaldo Ruiz, from the National Front for the Defense of Economic and Social Rights.

Other messages came from leaders of the Broad Front for Democracy, the Federico Briton Community Movement; and the Jose Marti Association of Cubans Residing in Panama.