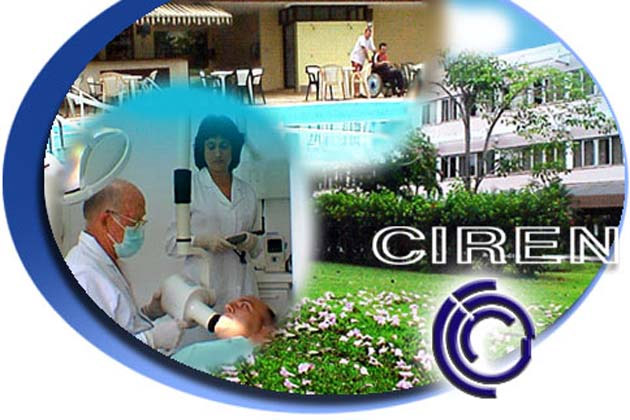 The two families knew about the vast experience of the International Neurological Restoration Center (CIREN) –inaugurated on February 26, 1989- in multifactorial, thorough and personalized treatments, which are one-of-a-kind in the world.

The thousands of patients from nearly one hundred countries treated at the center for the past 33 years corroborate the strong prestige won by the institution. The research works result into new discoveries that also allow to introduce and develop technologies in the field of neurosciences.

The programs of the scientific-medical entity have had a great impact on neurological restoration and general biological restoration (premature aging and related pathologies, including aesthetic surgery); as well as drug resistant epilepsy, movement disorders, Parkinson’s disease and cognitive rehabilitation.

CIREN has a well-structured research team and clinical and nonclinical services, as well as modern and comfortable hospitals with cutting-edge technology and equipment.

The Haitian girl Elli, in her third cycle at Ciren, stopped crying as soon as she heard the head specialist of the rehabilitation department Yaneysi Caballero, who described to The Havana Reporter the procedure they use to care for the little ones.

Caballero, who has a bachelor degree in Physical Culture and 13 years experience at the institution, said the diagnosis made by the Integral Psychomotor Evaluation Center (LEIS) shows: the after-effects of the disease and degree and type of the damage. Then, they have seven days to study and design the treatment.

“They come to the gym the second week for an adaptation period, because most of them are not used to spending seven hours a day at the intensive rehabilitation unit,” she stressed.

“We have a strength. We act as a multidisciplinary team: physiotherapy, physical therapy, defectology, speech therapy, holistic medicine and psychology; all of them specialized in pediatric neurology,” the expert explained.

The head of the rehab center, Bárbara Yumila Noa, talked about the role of LEIS, where its members act as external assessors that complement the process. At the end, 28 days later, they once again evaluate whether the patient improved or not, she emphasized.

Noa, who is a First Degree Specialist in Physical Medicine and Rehabilitation and also has a Master’s Degree in Therapeutic Physical Culture, praised the high level of the professionals, the teamwork and warm environment, always caring for the good of patients, she said.

“My son came in a wheelchair because of a car accident. After his first round of rehabilitation here, he stood up and walked with the aid of a walking frame; he improved a lot, step by step,” said Italian Elena Mariani.

“We are providing attention to young Lorenzo for the fourth time,” commented the head specialist with the department of adults, Ivette Martínez, who mentioned that a significant number of patients have serious elasticity problems and hemiplegia.

Martinez, who has 32 years experience at CIREN and is a founder of the pediatric rehabilitation section, added that Panamanian Cristopher Said, arrived recently for his fifth stay.

His mother Angela de González said her son was born with brain paralysis. He had been receiving therapy in his country since he was eight-month-old but without any hope. She wanted to try something else to see if there were any improvements.

“We first traveled to Cuba in 2017. He would not eat or drink by himself but began to improve. He speaks rather fluently now because he used to cut words. He developed muscles and now walks with the aid of a harness, she stated. In 2019, he was to have noninvasive brain stimulation but he no longer needed it, the mother added.

Said, 31, expressed: “I sincerely thank everybody for their pleasant manners and thoughtfulness; this treatment brought my life back.” Said was fond of journalism since he was little and is a fan of baseball and the Olympic Games. He recently graduated from Social Communication. (published by The Havana Reporter)