The Light at the End of the Tourist Tunnel 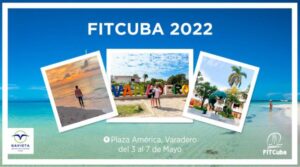 The Light at the End of the Tourist Tunnel

Havana, Apr 5 (Prensa Latina) All the indications are that, even though there is no immediate solution, the efforts made to recover the tourism sector in Cuba point to the strengthening of tasks and operations in view of the 40th edition of the International Tourism Fair (FITCuba 2022), to take place from May 3-7 this year.
Share on facebook
Share on twitter
Share on whatsapp
Share on telegram
Share on email

Hosting FITCuba at the Varadero beach resort, in the country’s west, shows the interest markets have on this industry in the island.

The venue of this meeting, postponed on two occasions because of the health situation caused by COVID-19, is precisely the country’s most important resort.

Official statements recently indicated that the tourist activity of the Cuban province of Matanzas – where Varadero is located – hopes to be a referent in the Caribbean area, and the premise is to be more responsible, accessible and inclusive for its visitors.

This idea was mentioned during a work meeting in which Tourism Minister Juan Carlos García participated. At the said event, officials of the sector, hotel and extra-hotel chains and travel agencies analyzed the potentials and perspectives of this industry.

An assessment made by the Tourism Ministry stressed that 2021 was a complex scenario for the development of this activity because of the effects related to the pandemic and the strengthening of the U.S. pressures against Cuba.

However, the Minister highlighted that strategies were adopted in the light of the necessary tourist recovery. He added that Russia, Canada, Germany, Spain and the United Kingdom provided 80 percent of foreign tourists, although the quota of all issuing markets decreased in comparison to 2020.

On February 3, 2022, sixty years after the U.S. economic pressures against Cuba were made official, tourism is one of the most affected sectors because of the implementation of such measures.

The blockade, which is evident in the financial, economic and commercial barriers, affects all sectors of life in the island, and its punitive measures are hanging over the tourism industry like a sword of Damocles.

This issue is an important topic every time Havana presents its annual report on the blockade imposed for over six decades at the United Nations (UN) multilateral forum.

In addition to the measures adopted in recent years by the U.S. government, the suspension of private charter flights from the United States to Cuba – except Havana, although frequencies were likewise limited – is also added.

On top of that, authorization to people subject to the U.S. jurisdiction to attend or organize professional meetings or conferences in Cuba were eliminated, as well as the conduction of transactions linked to public performances, clinics, workshops, exhibitions and sport competitions, among others.

(published by The Havana Reporter)