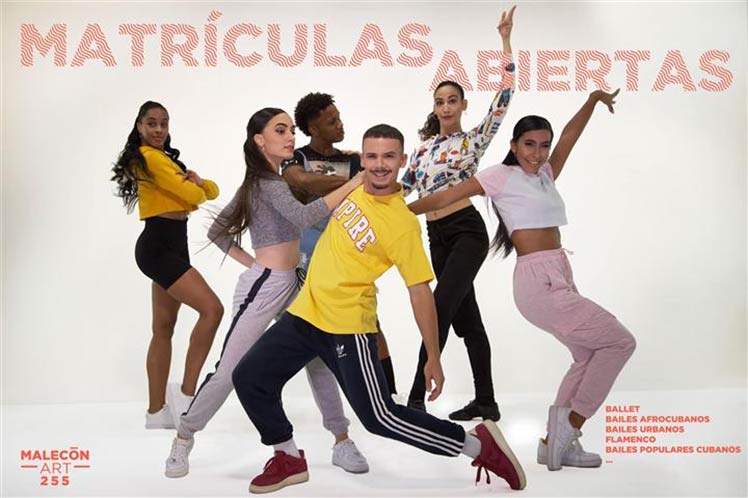 HAVANA.- The Lizt Alfonso Dance Cuba (LADC) company has increased its social and educative work with the opening of a new building on the popular seawall drive known as Malecon of Havana where, since the first days of March, different workshops are being taught, including ballet, flamenco, popular, Afro-Cuban and urban dance.
Share on facebook
Share on twitter
Share on whatsapp
Share on telegram
Share on email

With the name MaleconART 255, the building houses a local development project focused on offering “more art, ways, and spaces, on being a center with all and for the good for all, like José Martí taught us,” said the director, teacher and choreographer Lizt Alfonso, who assumed this new challenge upon a request made by former historian of Havana, Eusebio Leal, who died in 2020.

At first Lizt refused, but the Doctor of Historical Sciences and Master of Archaeological Sciences would not take a refusal for an easy answer and always gave her and her three-decade-old enterprise his personal support, so he took the initiative to the jubilation of the Office of the City Historian.

The building is on Malecón seaside drive, a few meters from Galiano Street. Young artists trained at LADC together with some of the company’s professors will be teaching the center’s different workshops.

ef/ms (Published in The Cuban Reporter)

“There are not many material resources nowadays, but this project involves the dream, aspirations, consecrated work, willingness and good will of all those taking part in it,” said Alfonso during the inauguration of the building, also known as LADC+.

The premise had formerly served as headquarters for the Automotive and Aeronautic Association, the Cuban Association of the United Nations, the Spanish Cultural Institute and the Irene Rodríguez Dance Company, among other entities.

Workshop registrations opened on February 28 for children five years old on and for adults without age limit, said regisseur Lorena Flores, a LADC dancer and one of the young artists responsible for fostering the MaleconART 255 work, together with her colleague Claudia Fernández.

The lessons began on March 7. The building could also host different artistic events in the future.

In 2020, LADC was declared official headquarters of the Andalusia Flamenco School (EFA) in Cuba, although the company cultivates the so called fusion style, which combines elements from flamenco, ballet, contemporary dance, folklore and different popular dances.

“It is precisely due to this fusion mostly that we’ve seen how audiences from around the world feel identified with the company proposals,” noted Alfonso.

“I also think that the energy with which LADC dances is crucial. The company has this halo of mystery; but it is something contagious, immersed in happiness, a spirit, a strength and above all, I translate it as soul, life and energy,” she added.

When one is able to transmit all that to the public, because you are doing it from very deep inside you, in an authentic way, sharing that art, the barrier breaks immediately and the artists connect with the audience easily,” the director stated.

ef/ms (Published in The Havana Reporter)