US Federal investigation heats up regarding Joe Biden’s son 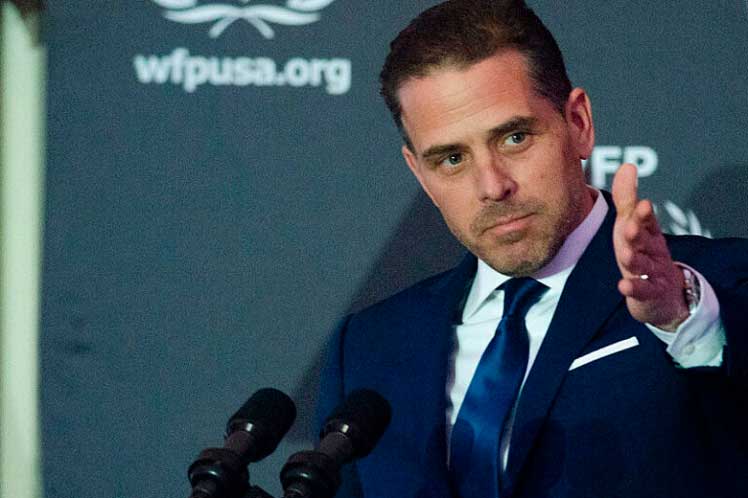 US Federal investigation heats up regarding Joe Biden’s son

The conflict between Russia and Ukraine brought the Hunter Biden investigation back to the headlines to further complicate the complex internal scenario facing the head of the White House, whose approval ratings are not rising.

The investigation against Hunter is heating up, the CNN network said, referring to the scrutiny -which dates back to 2018-, before his father won the November 2020 elections.

In recent months, a wave of witnesses have given testimony to federal investigators and more are expected to give interviews in the coming weeks, a recent television report outlined.

The Justice Department is investigating Hunter Biden’s business activities and financial dealings, with particular attention focused on dealings with Ukraine and other countries.

A month after the presidential election, Hunter confirmed the existence of the investigation in a statement.

He expressed confidence at the time that “a professional and objective review” would show that he handled his affairs “lawfully and properly, with the benefit of professional tax advisors.”

The investigation, led by David Weiss, federal prosecutor in Wilmington, Delaware, seeks to determine whether Biden’s son and his associates violated any laws, such as money laundering, tax and foreign lobbying, as well as regulations on firearms.

At the beginning of his presidency, Biden stated that he would not interfere with the independence of the Justice Department and decided to keep Weiss, appointed by former President Donald Trump (2017-2021), in office.

For some observers, the “soap opera” of the descendant of the occupant of the Oval Office is far from over and has all the ingredients to stoke the fire in the campaigns ahead of November, when the Democrats will try to maintain their control of the Capitol.

The conservative Fox News recently revealed the existence of a series of documents on the financing of biological laboratories in Ukraine.

Last week, the Russian Ministry of Defense reported that it has Hunter Biden’s correspondence, confirming his significant financial link to military-grade biolabs in Ukraine.