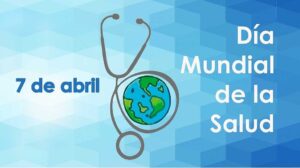 This was revealed during a meeting between a group of experts and reporters in Havana, on the occasion of World Health Day, to commemorate the 74th anniversary of the founding of the World Health Organization (WHO), whose campaign emphasizes the effects of the climate crisis on man.

According to Ileana Morales, national director of Science and Technological Innovation at the Ministry of Public Health (MINSAP), the nation has government programs that address the issue focused on prevention and risk minimization.

Tarea Vida (Task Life), for example, is a Cuban State’s plan to face climate change that includes health among its components, Morales said.

The actions in the health field to implement this strategy, she said, are focused on 12 fundamental areas, among them environmental health, epidemiology, vector control, science and technological innovation, and medical education.

For her part, Odalys Goicochea, general director of Environment at the Ministry of Science, Technology and Environment (CITMA), revealed that among the main problems to counteract on the island are soil degradation, loss of biological diversity, damage to forest cover and noise.

The slogan for World Health Day 2022 is Our Planet, Our Health.