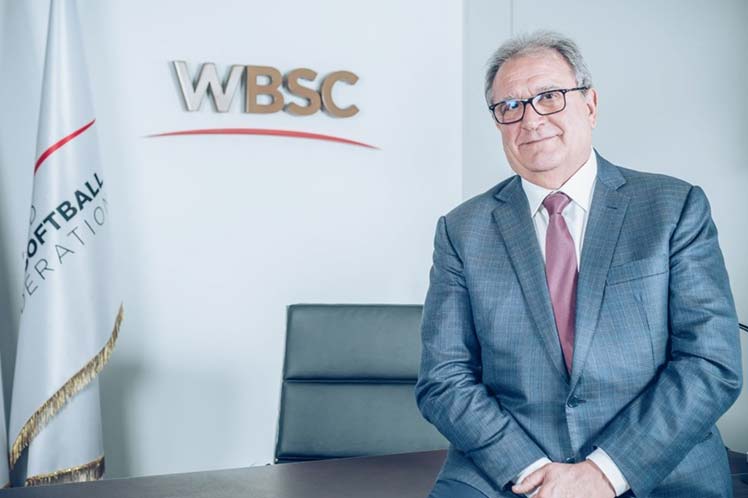 Amid a campaign designed in the United States to convene an independent Cuba team, WBSC President Ricardo Fraccari, from Italy, made it clear that only the national federations are free to decide which team will represent them in the different competitions.

Faced with the growing wave of comments and the aspirations of the recently created group to participate in the upcoming World Baseball Classic, Fraccari cleared the panorama by affirming that the organization will not recognize any other team, even though the aforementioned competition is organized jointly with the American Major League Baseball (MLB).

And the WBSC is the only governing body recognized for baseball and softball, according to its own statutes and the Swiss code, the executive said in exclusive statements to the specialized program Bola Viva, on Cuban television.

The resounding “no” is a bucket of cold water for the project, made official on March 15 in the city of Miami, Florida, with the intention of gathering in a combined team the Cuban players inserted in the MLB system -and other Leagues of the world-, without the consent of the Cuban Federation.

In fact, the news also reveals the objective of competing in the universal U18 category, scheduled from September 9 to 18, in the US cities of Sarasota and Bradenton, since Havana has already announced its absence due to the health situation caused by Covid-19.

Despite this situation, the Association of Cuban Professional Ballplayers presented the designs of their possible uniforms, which is also not in line with the WBSC statutes.

The only institutions that can form a national team, use the colors, uniform and flag are the full members, which are the national federations, Fraccari noted.